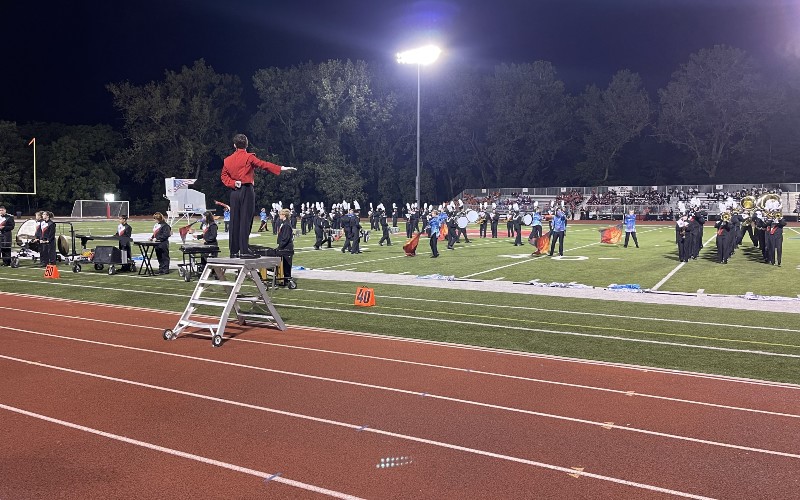 Bellefontaine and seven other area bands entertained a large crowd at AcuSport Stadium.

The Band Spectacular started as a band competition, then evolved into a fun performance opportunity for area bands. 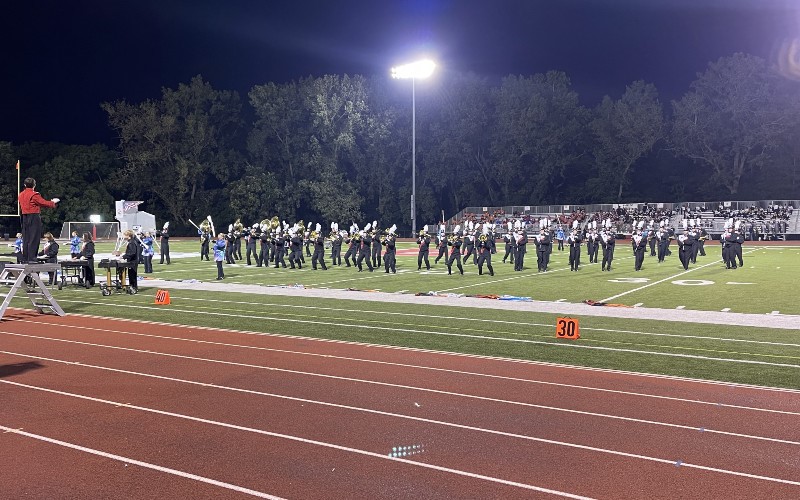 A variety of diverse music and styles were featured in each band’s performance.

The theme for the BHS band show this fall is Fly Me to the Moon.

The featured songs are “Moonlight Sonata” by Beethoven, “Rocket Man” by Elton John and Bernie Taupin, “Fly Me to the Moon” by Frank Sinatra, and a ballad from Apollo 13 the movie. 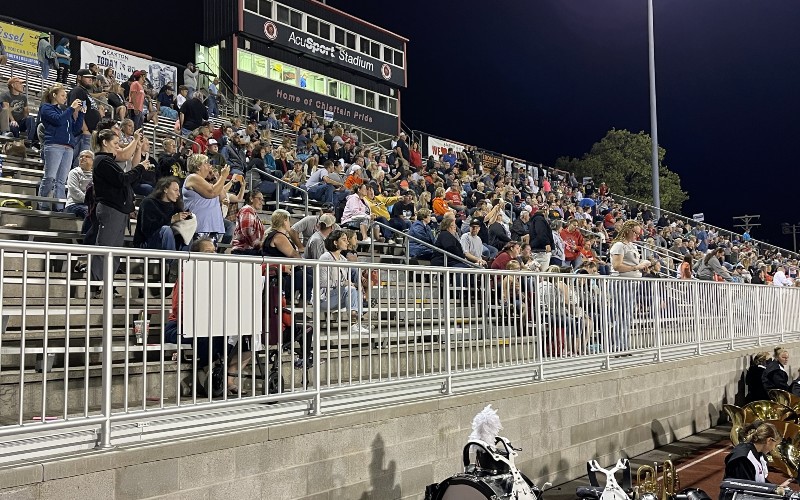 BHS Band Director Jeremy Karg said, “The band staff was very pleased with how the spectacular went. We saw a lot of great bands from close to home.

“The performance for Bellefontaine really was ‘spectacular.’ We were able to march all four songs that are in the show. We have just a couple of bells and whistles to add, then we start cleaning for the contest season.

“Congratulations to the fine area bands in their performances as well. Thank you for being a part of our show!”

“The Pride of the Tribe” will compete in an Ohio Music Education Association (OMEA) District band contest at Ottawa-Glandorf on Saturday, September 17th at 7:15 p.m.