One person was arrested, one was flown by medical helicopter and a warrant was issued for another after a large fight ensued at an Indian Lake bar Sunday night after 11:30.

That individual left Acheson’s before deputies arrived.  He allegedly yelled a racial slur which led to a large fight where he suffered his injuries.

At this time, it is unknown who and how many people assaulted the male and the extent of his injuries.

It was reported the male was kicked out of Acheson’s three separate times for drunken behavior.

A Hardin County Sheriff’s Deputy, who was working at Froggy’s, spotted a vehicle matching the description of one of the suspects leaving the area and initiated a traffic stop.

The driver, later identified as Landus Thompson, of Lima, took off running. 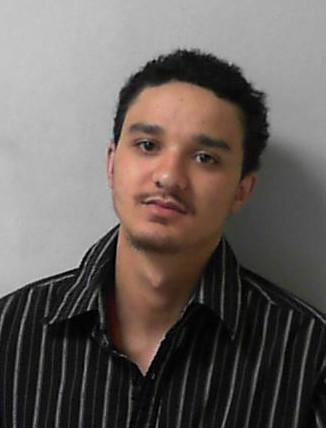 Thompson was tackled. He then attempted to hide a baggie of Xanax under a nearby fence.

Landus Thompson was charged with felony tampering with evidence, possession of a schedule IV drug, obstructing official business, and resisting arrest. He was lodged in the Logan County Jail.

The passenger of the vehicle was found covered in blood. His right eye was heavily swollen and protruding. Indian Lake EMS arrived and determined the male needed to be flown out for medical care.

Medics transported the male to a landing zone at the Church of the Nazarene on State Route 235 where CareFlight took him to Miami Valley Hospital.

The identity of the male has not been released.

Logan County deputies made their way to Acheson’s where they learned a female was assaulted in the bar.

She told authorities Keanu James, 26, of Lima, shoved and hit her after she declined interest in him.

When James hit the female, it drew the attention of the people in the bar and patrons came to her defense.

A warrant for misdemeanor assault and disorderly conduct has been submitted for Keanu James.