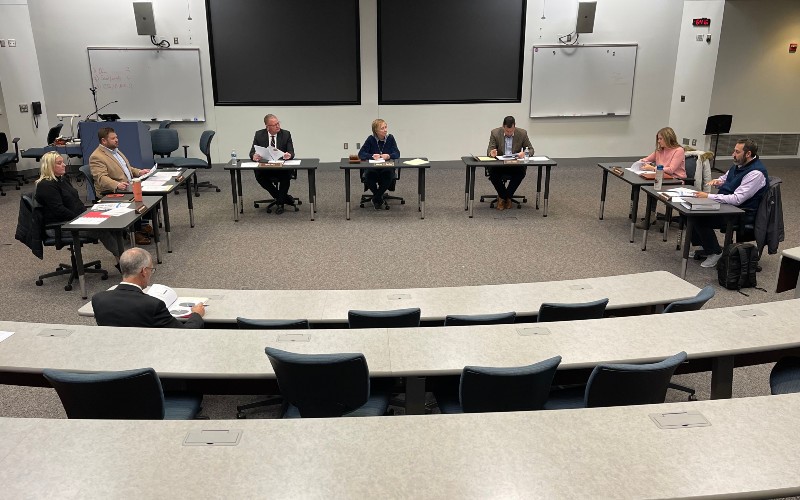 The Bellefontaine Board of Education approved a compensation change at their monthly meeting Monday night in the Distance Learning Center.

The Bellefontaine City Schools’ bus fleet is among the most efficient in the state.

In the most recent efficiency rating, Bellefontaine finished in the top five percent.

Superintendent Brad Hall said, “We’ve reduced the number of routes, but our ridership has gone up on each bus. This has led to additional stops. The extra 15 minutes of compensation per day will be used for pre-trip inspections and post-trip reports.”

Both officers submitted applications to the SRO Accreditation Program earlier this year.

They will receive a lapel pin and certificate at the 2023 OSROA annual conference in Sandusky next June.

Walters has been the school resource officer at BHS for six years.

Huffman has been the school resource officer at BMS for six years.

Both officers have built relationships with hundreds of students over the years.

Board President Brenda Sanford thanked both officers for their exceptional service.

Walters and Huffman were joined by Lieutenant Scott Marlow at the board meeting.

In personnel, the board accepted the resignations of these employees:

Walker served the district for 21 years.

Sean Egler was hired as the district’s new attendance officer.

Previously, he was an aide at the high school.

The following substitutes were approved:

The following supplemental contracts were approved:

The following volunteer coaches were approved:

Finally, the board recognized October Seniors of the Month Ally Barker and Jack Hutchins.

The next board meeting will be on November 21st at 6:30 p.m. in the Distance Learning Center.

Bauer announces retirement from Board of DD