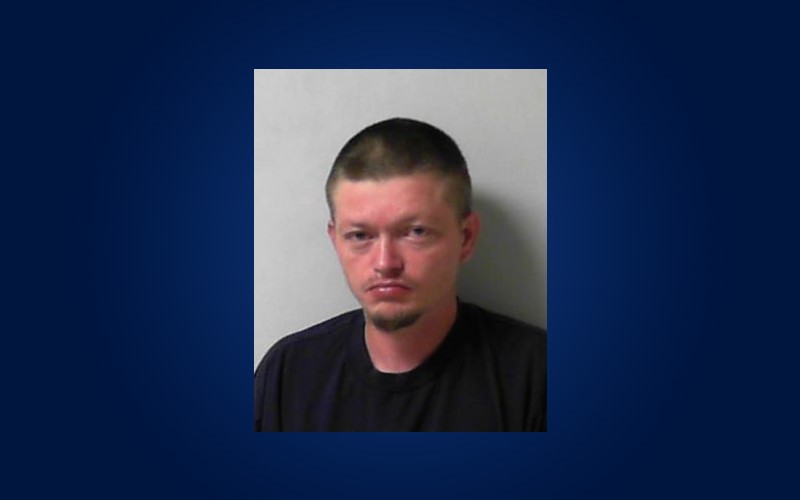 A Bellefontaine man was arrested for felonious assault Sunday evening, just before 7 o’clock.

Bellefontaine Police were called out to the 200 block of West Brown Avenue in reference to a domestic altercation involving a male threatening people with a box cutter.

Dispatchers advised officers the suspect was Dusty Penrose, 36, and he was observed fleeing the scene eastbound through the 100 block of West Brown Avenue with the box cutter in his hand.

Authorities located Penrose sitting on the front porch of a residence in the 100 block of West Brown.

Penrose was advised he needed to speak with officers. After a short period, he got up and stumbled off the porch.

Authorities could tell Penrose was heavily intoxicated by the odor of an alcoholic beverage and his lack of coordination and balance.

Penrose was searched and officers located the large box cutter in his pants pocket.

He was asked what happened and Penrose replied that he was not right in the head.

Penrose was told to place his hands behind his back and he stiffened up his body and clenched his fists.

Police met with the victims and they stated Penrose is a relative and he pulled his niece’s hair during a verbal altercation and she immediately “freaked out” on him. Penrose then retrieved the knife from inside the residence. He walked up to the victim and stated “I’m going to kill you.” The victim stated Penrose’s mother got in between them and Penrose stated “She wants killed, do you want killed before I get to her?”

Penrose’s mother told authorities Dusty has several mental health diagnoses. She indicated he stopped taking his medications and has been drinking a lot lately.

Both victims reported being in fear for their lives.

The report was sent to the Logan County Prosecutor’s Office.