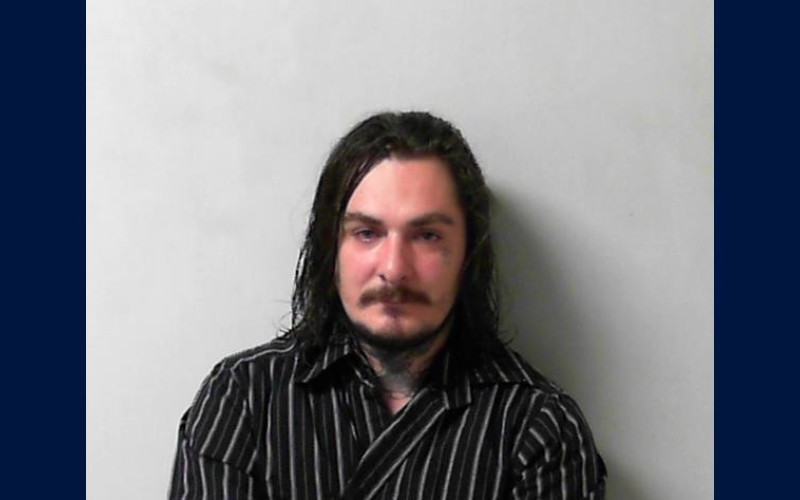 A Bellefontaine man was arrested for felonious assault Tuesday evening around 6 o’clock.

Bellefontaine Police were called to a residence in the 800 block of Heritage Court for a domestic dispute.

Upon arrival, officers spoke with the female victim and Damian Deyo, 28.

Deyo stated he started arguing with the victim after she broke his guitar. He admitted to smacking her and breaking her phone after she hit him across the face.

A scratch was visible on the right side of his face.

The victim told authorities she was hanging out with Deyo and another person when Deyo got upset and yelled at her.

She left the room and Deyo followed her and began to scream at her. She stated that after she pushed him back and told him to stay out of her face, he slapped her in the face.

After a second push, Deyo started to punch the victim in the face. She was able to get away.

The victim grabbed Deyo’s guitar and threatened to smash it. He charged at her and she smashed the guitar. Deyo then got on top of her, hitting her in the face again. After she got away, he went to another room.

Moments later, he came back and started insulting the victim. She started to record the altercation. Deyo figured out what she was doing, he tried to grab her phone. When he couldn’t get the phone, he started punching the victim in the face again. She started to scream, and Deyo put both hands around her neck and began choking her.

The victim stated she couldn’t breathe, but he would not stop. She started to fight back, hitting Deyo, and finally was able to get away.

He broke her phone and glasses during the altercation.

The victim ran out of the apartment and began to knock at random doors before someone answered and allowed her to call the police.

Officers observed scratches to the left and right side of the victim’s face, a busted lip, and the beginning stages of a black eye on the right side of her face. There was also a scratch on the left side of her neck and cupping marks the size of a hand around her neck.

Medics were called to check on the victim and their one-year-old daughter.

Officers checked on the well-being of the child and discovered the baby had severe diaper rash spreading down her right and left legs.

Deyo was asked about the rash and he told authorities the child has cream for it.

While he was changing the baby’s diaper, officers noticed the rash covered the entire child where the diaper was worn.

The report was sent to the Logan County Prosecutor for the charges and a copy will be sent to Children’s Protective Services.