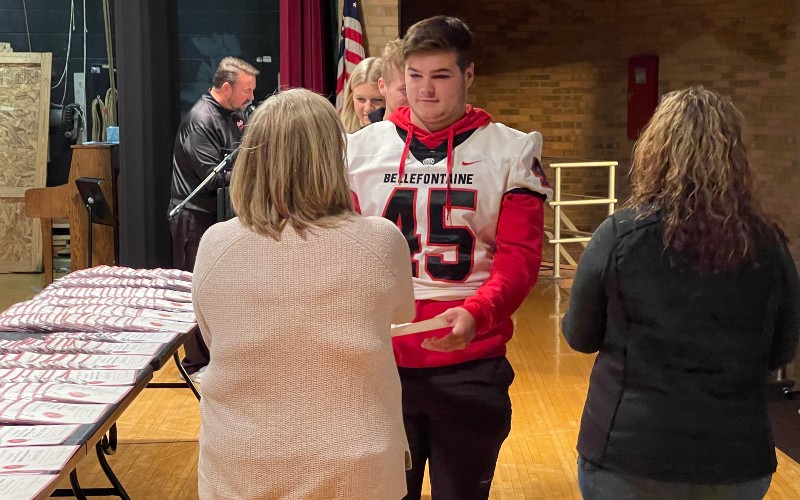 266 students were honored. You can see the entire list here.

First-year recipients received an Academic B for their letterman jacket.

Second-year recipients were given a lamp of knowledge pin to place on their Academic B.

Third-year recipients received a Chieftain pin for their letterman jacket.

Bellefontaine City Schools Gifted Coordinator Angie Horvath reflected on the ceremony. “The entire focus of the Academic Boosters Club is to enhance academics and honor kids who make academics a priority.”

Each student also received a certificate and a piece of candy.

Photos: Students honored during the ceremony. 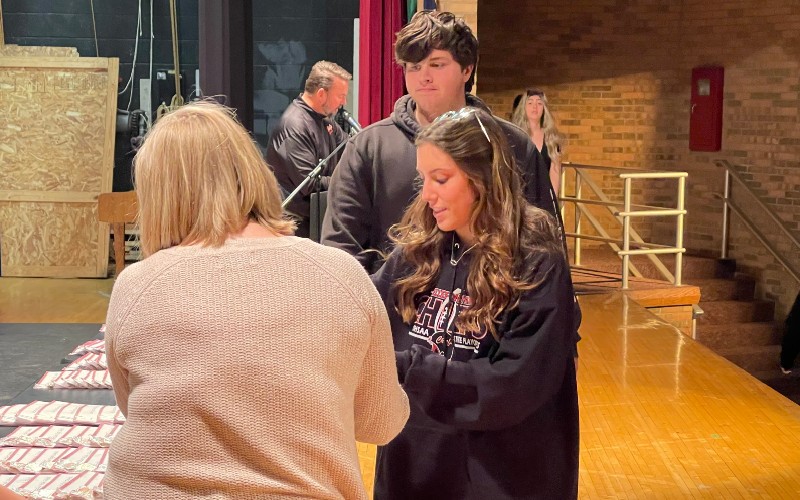 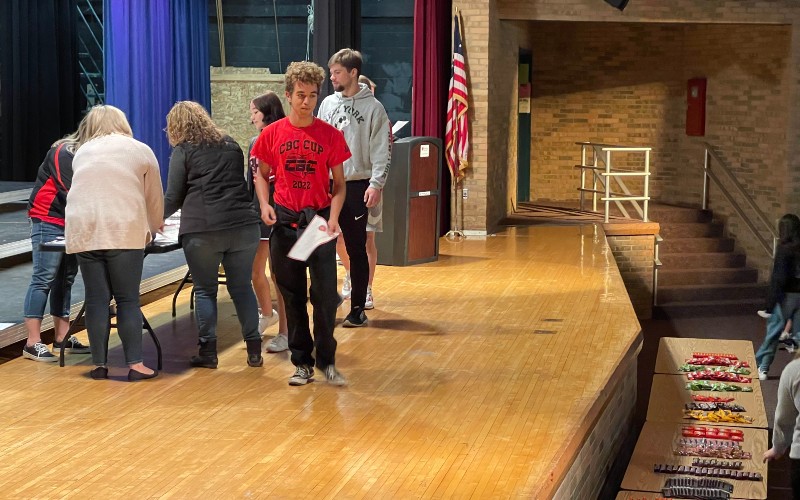 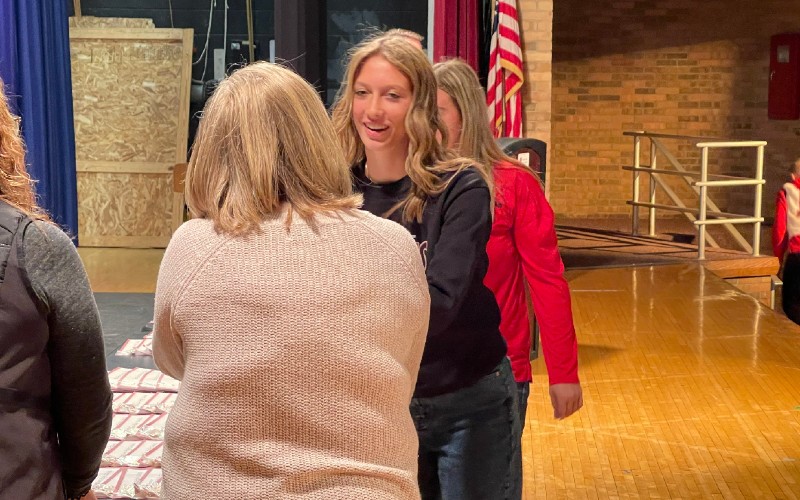 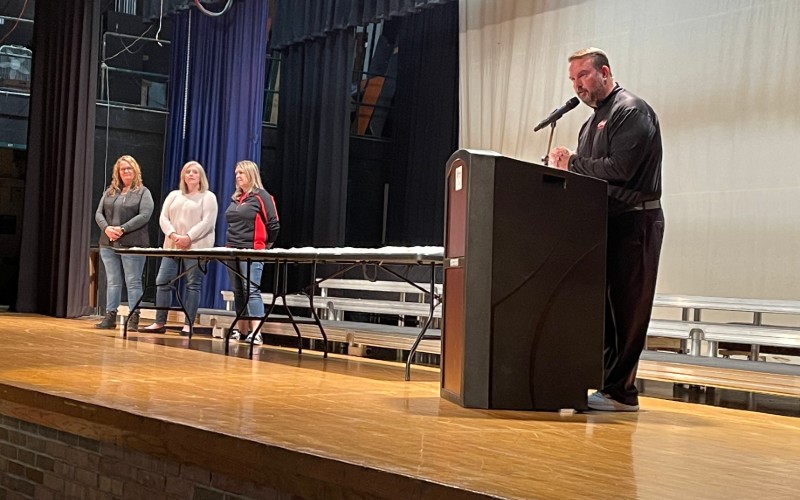