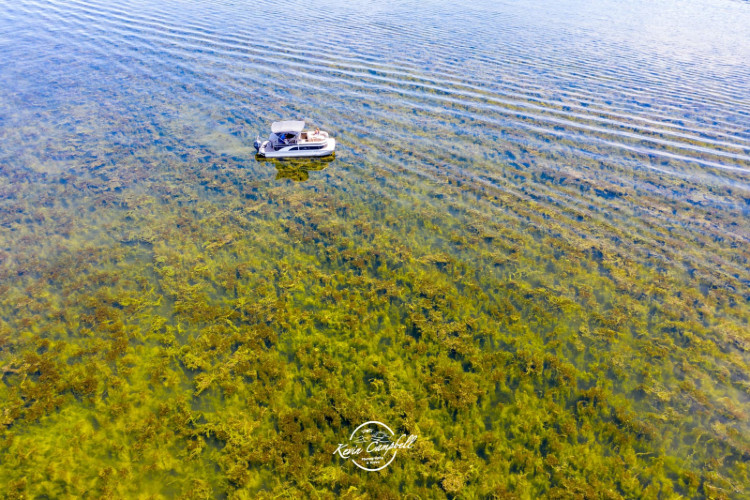 As we close out the year, we look back on some of the bigger news stories of 2022.

Vegetation problem in Indian Lake-The Indian Lake Watershed faced a new problem this year.  After cleaning out the lake and clearing the water, weeds took over and created havoc for Logan County’s busiest summer attraction.  Harvesters were brought in thanks to state funds and crews scrambled to get the lake ready for the biggest event of the summer, the 4th of July fireworks.  Indian Lake was still busy this summer, but the weeds brought numbers down for boaters and businesses this year.  Several experts have been brought in to fight the problem, but weeds will continue to be the #1 topic for Indian Lake as we enter 2023.

Ohio Hi-Point Career Center unveils their newly renovated campus- A project five years in the making culminated with a ribbon cutting and open house on December 1 as OHP showed off their renovation project with an open house.  The renovations included an upgrade in technology and a whole new feel to the building.  Superintendent Dr. Rick Smith said the new-look campus has a new culture and feel.  He described the renovated cafeteria as having a college feel.  Classrooms have been expanded and some brick walls removed to provide more space and light in the facility.  There was talk of moving to a new location, but after deliberation and input from several sources, they decided to renovate the current facility.

West Liberty honors fallen Marshal Sherman Ricketts-West Liberty honored fallen Marshal Sherman Ricketts, on the 60th anniversary of his death, with a parade and a ceremony.  The village dedicated the Sherman Ricketts Memorial Park and Trailhead to its fallen hero.  On June 29, 1962, Marshal Ricketts was investigating a break-in when he confronted a suspect who fired numerous rounds at point-blank range fatally wounding him.  Ricketts was able to shoot the suspect twice to prevent him from fleeing.  A large crowd gathered for the ceremony including family members of Ricketts.

Rushcreek Fire and EMS suspend services-Over the summer fire chief Duane Van Buskirk and several officers of the fire department resigned and services for fire and EMS were suspended.  In early October, the Rushcreek Township Trustees announced that fire and EMS services were reinstated immediately.  The trustees appointed VanBuskirk fire chief once again and a staff was put in place.

Lutheran Community Services breaks ground for new facility-On September 22, a project 10 years in the making broke ground as Lutheran Community Services started construction on their brand new facility located on West Sandusky Avenue in Bellefontaine.  The new building will house both Our Daily Bread and the Lutheran Thrift Store.  Executive Director Kim Collum says the new facility will give them more space and allow better access to those who need their services.  The project will cost an estimated 1.6 million dollars.  The money comes from donors, grants, and money put in by Lutheran Services.  State Representative Nino Vitale secured $200,000 from the state for the project.  The targeted opening for the new facility is June 2023.

Honda announces a major expansion and investment in Ohio-On October 11, Honda made a major announcement that they will build a new 4.4 billion dollar battery plant in Fayette County and will invest 700 million into re-tooling several of their existing plants for the production of electric vehicles.  That will include upgrades at Marysville, East Liberty, and Anna.  Honda is Logan County’s largest employer.

These are just some of the bigger stories of the year.  We are looking forward to bringing you the news in 2023.  Happy New Year!