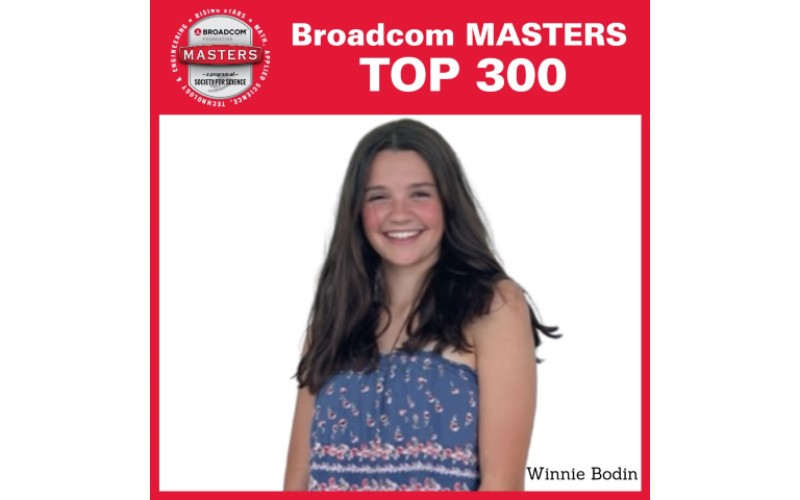 This honor places Bodin among a select group of 300 MASTERS named from 1,807 entrants throughout the United States. She is one of six students from Ohio out of the 300.

Broadcom MASTERS is the Nation’s Premier Middle School STEM Competition. With the generous support of the title sponsor and partner, Broadcom Foundation, Society for Science has been running Broadcom MASTERS® (Math, Applied Science, Technology, and Engineering for Rising Stars) since 2010.

As a nominee, Bodin entered Broadcom MASTERS based on the research she conducted and presented at the science fair on The Biological and Chemical Assessment of the Mad River over Four Years. She hopes to inspire more young people to become engaged in math and science and wants to encourage other middle school students to do research.