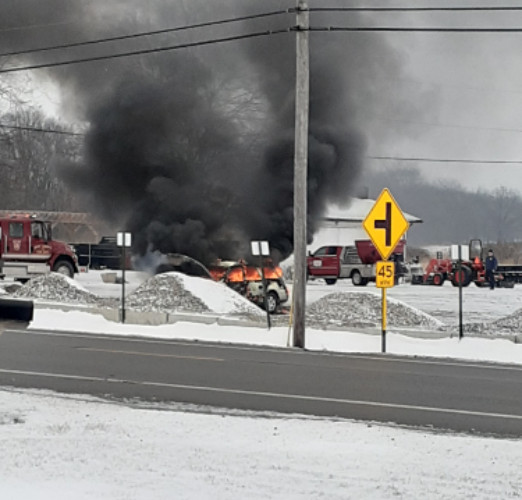 Tuesday morning West Liberty Fire and EMS responded to a car fire in the parking lot of Angle’s Nursery south of Bellefontaine.

The driver of the car was going north on 68 when she stated she didn’t have any power and couldn’t get over 40 mph.

She was following her husband, who pulled into Angle’s Nursery to wait on her.

When she stopped, they noticed smoke and flames around the passenger area of the car and called 911.

When emergency crews arrived the car was fully engulfed in flames.

Firefighters extinguished the blaze and no injuries were reported.

The car was a total loss.

The cause of the fire is currently under investigation. 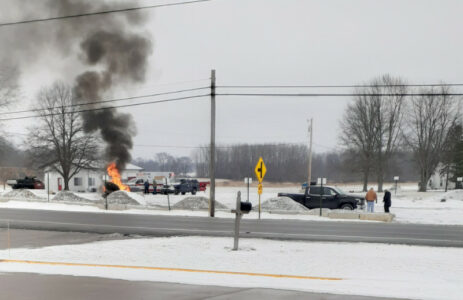