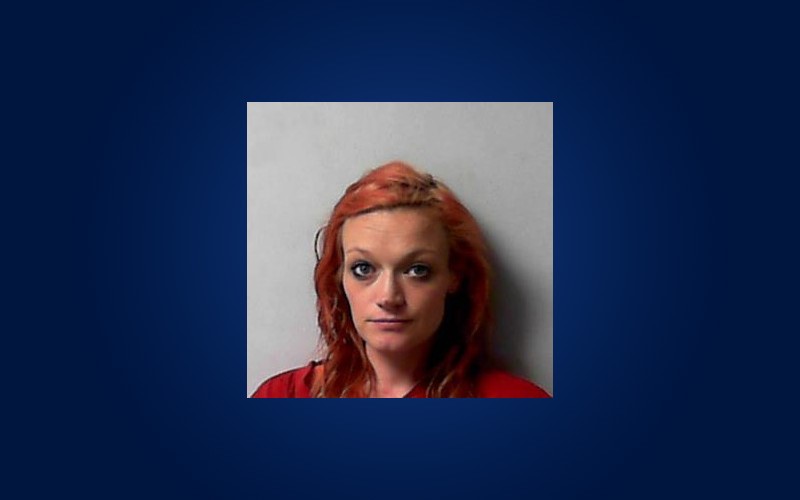 A wanted Ohio woman was arrested at the Hyland Hills Plaza Sunday evening around 7 o’clock.

Jones was known to have a statewide warrant through Ashland County for felony possession of drugs and other violations.

Authorities waited in the parking lot for over 90 minutes and observed a female matching the description of Jones walking toward Subway.

Officers made contact with Jones and informed her of the statewide warrant.

She advised authorities that she was confused because she had court next Thursday for this. She also told officers she was four months pregnant.

During the conversation, she was uncooperative and attempted to distance herself from the police.

She was asked to place her purse on the hood of the police cruiser.

Jones was asked what the white substance was and she indicated it was Ketamine. She told officers she was prescribed the drug but did not have proof.

Jones later admitted that she snorts the Ketamine with a dollar bill. Authorities found several rolled-up dollar bills inside her purse.

She was transported to the Logan County Jail.

The K9 unit arrived and Boodik alerted to the vehicle, giving officers probable cause to search.

Authorities located a methamphetamine pipe and a small plastic baggie containing a crystal-like substance. An additional meth pipe and five Sulfamethoxazole and Trimethoprim pills were found in the trunk in an old pill bottle.

Officers learned the two drugs were dangerous and can only be prescribed by a licensed physician.

The crystal-like substance was field tested and returned a positive methamphetamine result.

This report was sent to the Logan County Prosecutor’s Office and Children’s Services.

The methamphetamine and suspected Ketamine were sent to the lab for further testing.