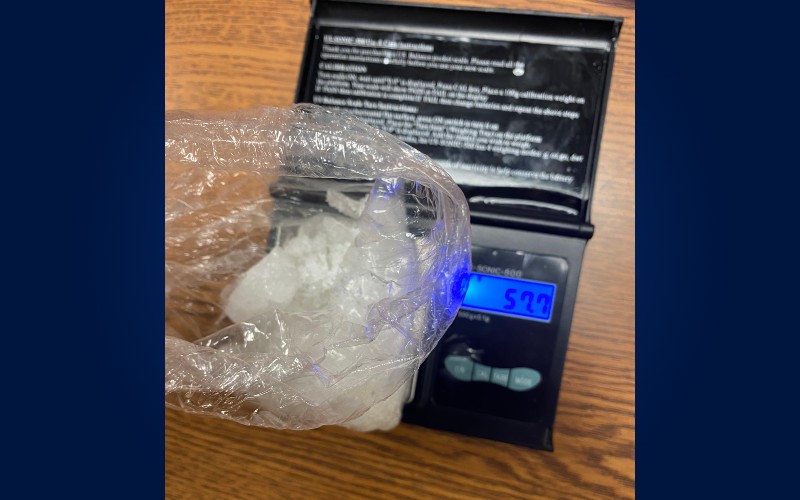 The driver, James Hughes, 48, was placed under arrest on a warrant for aggravated trafficking in methamphetamine.

A probable cause search was conducted and authorities located 57 grams of methamphetamine and .5 grams of Fentanyl. A loaded 9MM handgun was also found on the floorboard of the back seat, which was easily accessible to Howard.

Hughes was arrested for the warrant.

This was the result of an investigation into large amounts of meth being brought into Logan County to be sold.

The Task Force is committed to identifying, investigating, and arresting those responsible for bringing large amounts of narcotics into the county to be sold.

Road work this week in the county