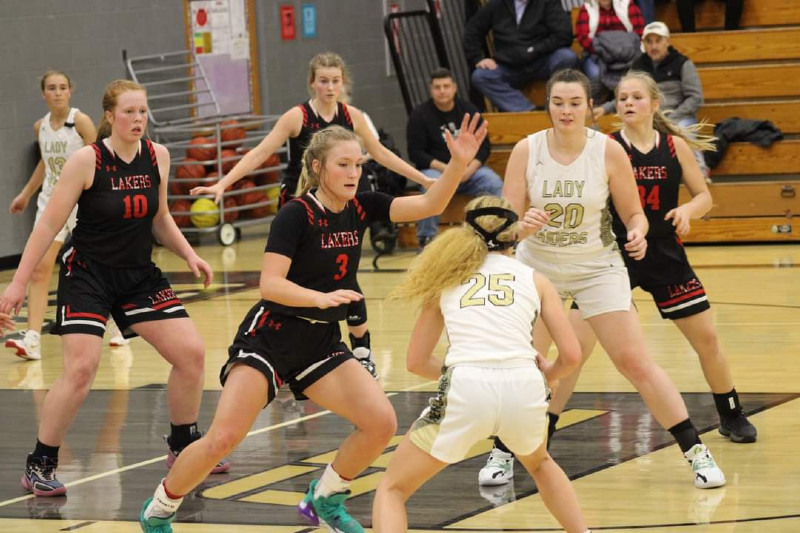 The Lady Chiefs would have a big third quarter, sparked by Parker Penhorwood, that got them back in the game, and eventually the lead, but would lose it late in the fourth quarter.

The Lady Chiefs are back in action Tuesday night hosting St. Mary’s.

You can watch that game live, for free, at PeakofOhioTV.com around 7 p.m.

The Raiders were led by Mia Stahler who had 11 points, Cheyanne Peterson added 8 points, and Elliott Bailey chipped in 5.

The Lakers were down three starting guards due to injuries. Stephanie Altstaetter had 11 points, 20 rebounds, and 6 blocks while Mackenzie Dixon added 5 points and 11 rebounds.

Lilly Weaver led the Tigers with 19 and Chaley Wade added 11.

Laila Butler and Maddie McGill each had 12 points for the Tigers.

For the Lady Cardinals, Madi Cox led with 7 points.

The Spartans were led by Patrick James with 23 points and 9 rebounds.

Calvary is back in action at New Hope Academy in Circleville Tuesday.

Camdon Tuttle had 10 points for ILHS.

Cooper Hall scored 10 for the Lakers.

For the Tigers, Taran Logwood had 11 points, Brevin Louden 9, and Miles Hostetler 8.

Owen Deere had 14 for the Tigers and Caleb Hershberger scored 7.

Cade Stokes had 6 points for the Tigers.

Kenzie Stotler had 21 points for Riverside.

Madison Shields and Bryleigh Burnside both had 5 for BL.

Kenna Johnson and Miah Carman each had 7 points for Riverside.

Kylie Harner had 7 for BL.

Riverside remains unbeaten on the season at 8-0, 6-0 in conference play.