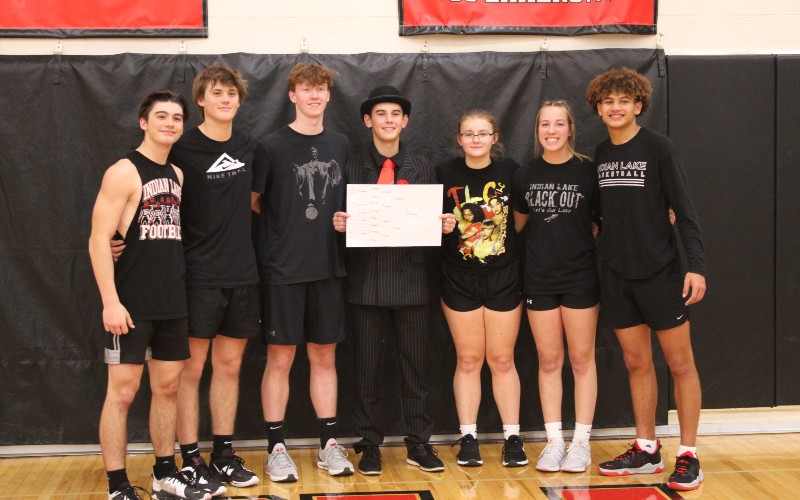 It was an epic battle of Lakers vs. Lakers, students vs. staff during the annual Indian Lake High School Student Council Pre-Thanksgiving Volleyball Tournament.

21 teams started off the day in the main gym, playing on two courts…some wearing custom t-shirts, some crazy costumes, and others even wore kilts!

The final match came down to the “Staff Infection” team and the experienced “Burke’s Team,” where once again, the students prevailed.

But the real winners are local kids, as all the proceeds raised from the event were presented to the Neighborhood Outreach Center.

The money will be used to purchase presents for the Outreach Center Christmas Party.

Schick reports that over the past 10-15 years of volleyball tournaments, ILHS students have now raised more than $10,000 to help the center.