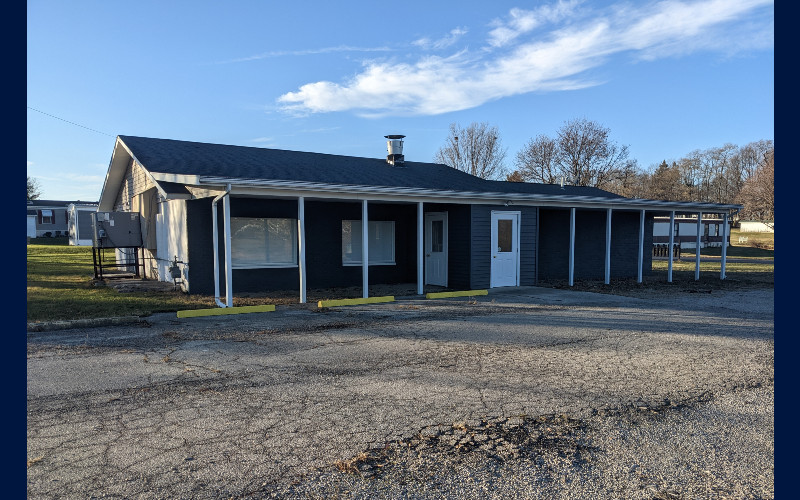 Continuing a family legacy of generosity, Eric & Kelly Bell of DeGraff are hosting a free Thanksgiving meal for neighbors, friends, and those who just need a warm meal and conversation.

What started as a wild and crazy idea, Eric approached his wife and said he wanted to host a Thanksgiving meal with all the trimmings, and she agreed that it would be a great way to give back to a community that has blessed them so much.

The couple owns the former Villiage Pantry location at 451 Cretcher Street in DeGraff and knew it was the perfect sport to hold such an event. While the building had been vacant for several years and needed major repairs, the couple set out to get it ready for guests, just a little over 30 days ago.

The meal is planned to be served from noon until 2 PM on Thanksgiving day. While the building holds just a little over 50 people at a time, the Bell’s plan is to serve 150 people, in three different rotations. All meals must be eaten on-site and no to-go orders will be allowed.

The Bells have not accepted any outside donations, not that there has been any lack of trying by several community members. Eric said he and Kelly have encouraged donors to donate to others charities in the community, as this is their way of paying it forward.