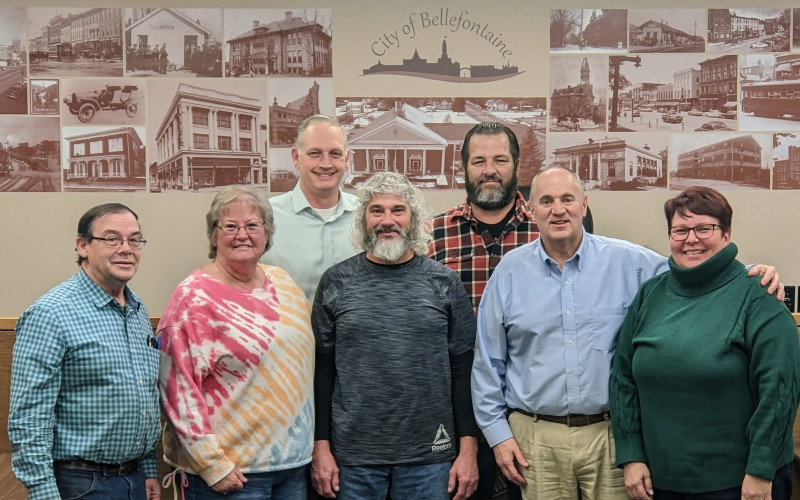 The Logan County Mayors Association met in its first quarterly meeting for 2023 on Wednesday evening.

There are ten mayors in Logan County and seven of them were on hand for the first meeting. Bellefontaine Mayor and Mayors Association President Ben Stahler led the meeting.

The first to speak was new Logan County Commissioner, Mike Yoder. Yoder went on to explain that he was only on day eighteen of his new position and was busy with lots of meetings, including ones concerning the possibility of local solar farms. Yoder said that there is a state hearing in Columbus on April 17th concerning the topic.

Next up, Joe Kopus from the Logan County Sheriff’s Office said that everything at the office is running smoothly and much like many other entities, they are hiring. Kopus then explained details about an upcoming Citizens Academy. The program will run for 8 weeks and is set to begin on March 7th. There is no cost to participate in the program, however, space is limited to 20 people. More details are set to be released in the coming days.

Ben Vollrath, Logan Counties Economic Development Director, spoke to the group about various grants that may be available to their communities. Vollrath went on to offer assistance in applying for the grants. Many grant monies are available to smaller communities, however, can be very competitive.

Tim Smith from the Logan County Health Department announced his upcoming retirement to the group. Smith said that there is a program through the Ohio Department of Heath, where they offer to come to test the wastewater of communities, at zero cost, for illness. This is a great tool to help inform the public of illnesses going around in the communities. Some local statistics for 2022 reported in Logan County were 11 drug overdoses and 8 suicide fatalities. Smith encouraged the group to look into any grants that would help with mental health and drug and alcohol prevention within their communities.

Helen Norris, from the Logan County EMA, reminded the Mayors that her office is in the middle of updating the county’s Natural Hazard Mitigation, and handed out a list of important meetings that would need to be attended. She explained that this would be imperative for their communities.

Each mayor in attendance then gave an update about their community:

The Logan County Mayors Association is set to meet again on Wednesday, April 19th at 6:30 p.m. in West Mansfield.