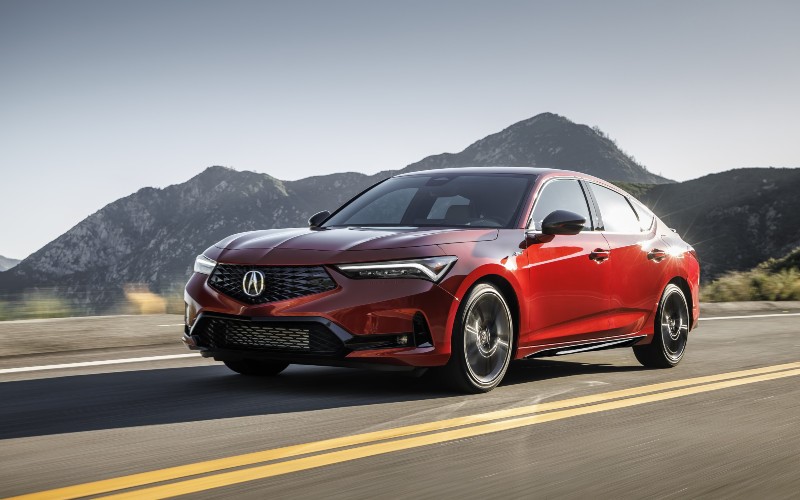 The 2023 Acura Integra fulfilled its high expectations by earning the prestigious 2023 North American Car of the YearTM award, recognized for its sporty design, engaging driving experience, versatile package, and premium features. The new performance gateway of the Acura brand, the next-gen Integra completes Acura’s return to Precision Crafted Performance with 200 horsepower and the only available manual transmission in its class. It has quickly become the best-selling model in the premium sport compact segment and has the highest percentage of buyers under 35 years old in the class.

“Relaunching an iconic model like Integra with such great fanfare and industry recognition has been incredible,” said Emile Korkor, assistant vice president of Acura National Sales. “We’re especially proud for the Integra development team in Japan and our production associates at our plant in Marysville, Ohio where the 2023 Integra is built.”

The North American Car, Utility, and Truck of the Year awards honor excellence in innovation, design, safety features, performance, technology, driver satisfaction, and value. Initiated in 1994, they are judged by 50 professional automotive journalists from the United States and Canada who work for independent magazines, television, radio, newspapers, and industry websites.

Engineered for a new generation of driving enthusiasts, the 2023 Acura Integra features an award-winning high-output turbocharged engine, an ultra-rigid body structure, and a sport-tuned chassis for an exhilarating driving experience. Perfect for young, active lifestyles, Integra also features the only 5-door liftback in its class, for a large and flexible cargo area and superior rear seat legroom, with a sleek coupe-like profile and sporty stance. A host of new standard safety, driver-assistive, and connected-car technologies are standard. Integra also has earned the highest safety rating from the Insurance Institute for Highway Safety (IIHS).

The 2023 Integra is the first Integra built in America, with production in Marysville, Ohio2, on the same line as the Acura TLX. Integra’s turbocharged 1.5-liter engine is made exclusively at the Anna Engine Plant in Ohio.

This summer, the Integra lineup will be bolstered by the arrival of a high-performance Integra Type S. The 2024 Integra Type S will be powered by a high-revving 2.0-liter VTEC turbocharged engine producing over 300 horsepower and paired exclusively with a 6-speed manual transmission and limited-slip differential. More details to be shared closer to the launch.

For more information on the next-gen Acura Integra click here.