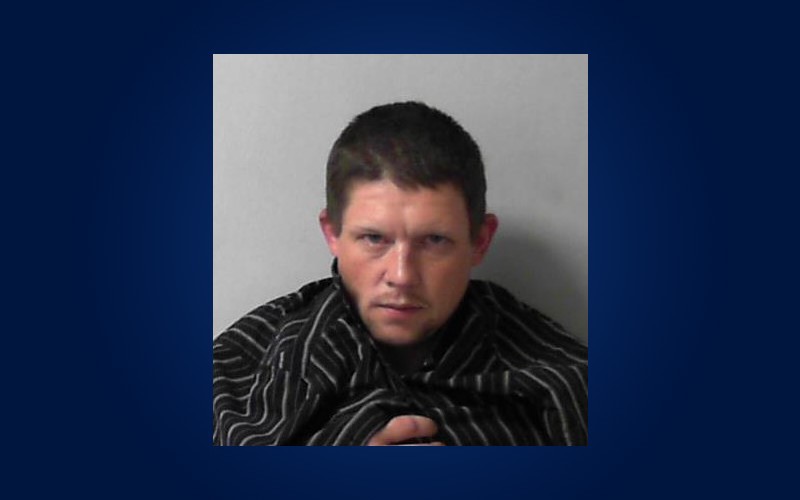 A Sidney man was arrested after he tried to elude police in a brief chase outside of downtown Monday morning just before 10 o’clock.

Bellefontaine Police were made aware of a stolen gray Honda Civic traveling southbound on North Main Street from Route 33.

Officers observed the suspect vehicle in the 400 block on North Main, driven by a male, later identified as Matthew McKenzie, 33.

Authorities began to follow McKenzie and attempted to pull him over after a traffic violation.

McKenzie did not stop.

The pursuit continued through several streets in Bellefontaine.

During this time, the pursuing officer observed several traffic violations, including failure to stop at several stop signs.

At one point, McKenzie drove through a residential yard. He tried to turn north on an alleyway between North Elm and North Detroit. He crashed into a tree in a creek embankment.

Officers attempted to tase him and were unsuccessful.

He continued running, fell to the ground, and was detained.

Bellefontaine EMS was called to examine him. Medics removed the taser probe from his arm and transported him to Mary Rutan Hospital.

In the ER, he told authorities he received permission to drive the vehicle from a friend. He advised the friend picked him up in Sidney and they drove around together.

McKenzie was asked why he did not stop and he replied that he did not see the police lights at first and after he saw them, he freaked out.

Once he was medically cleared, McKenzie was taken to the Logan County Jail and was lodged on two felonies; receiving stolen property and failure to comply with order or signal of a police officer.