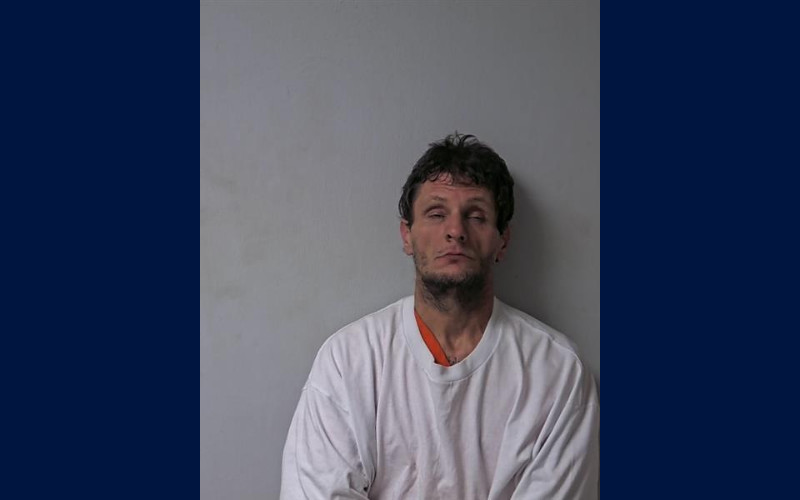 A Mount Gilead man was arrested on a felony gun charge in West Liberty Saturday afternoon just after 1:30.

The K9 Unit from the Logan County Sheriff’s Office was stationary on Route 68, near Hickory Drive, when a Chevy Impala drove by southbound with a loud muffler.

The driver, Damon Lensman, 46, explained to authorities the muffler had a hole in it.

When deputies asked Lensman for his license, registration, and insurance, they observed he was physically shaking and seemed very nervous.

Due to the extreme nervousness, Lensman was asked to exit the vehicle and he complied.

As he got out of the car, authorities noticed he was not properly wearing his seat belt.

Lensman was asked about the pipe and he replied that he did not know what it was.

Lensman was notified of the K9 indication and he advised there was a gun on the front passenger seat floorboard.

A probable cause search was conducted and deputies found a metal crack pipe with “chore boy” in the bottom along with a white powdery residue. On the passenger’s side, a .22 caliber rifle was recovered. The gun was within arms reach of 500 rounds of ammunition and a magazine clip. In the center console, a small 1×1 ripped baggy with a white powdery residue that was suspected cocaine, and fake urine with a “hot hands” baggy rubber-banded together. Another 1×1 baggy with white residue was located under the radio.

Lensman was again asked about the metal pipe and he told authorities it was a “weed pipe.” He was also questioned about the baggies and he advised he had weed in them.

When deputies mentioned the white powdery substance, Lensman had no response.

Lensman also told authorities he was on parole.

Lensman was arrested for having weapons under disability and was lodged in the Logan County Jail.

Due to the felony charge, he was issued a warning for the loud exhaust/faulty muffler and seat belt.