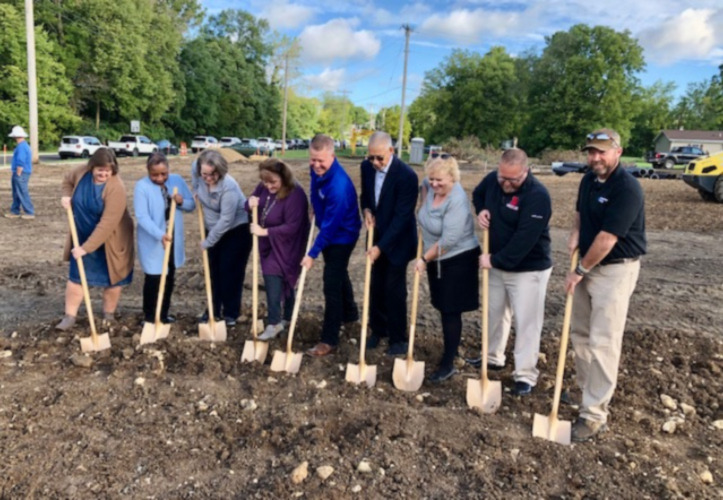 A project years in the making is off and running for Lutheran Community Services.

The local organization held an official kickoff Thursday morning for their brand new facility which will be located at the corner of West Sandusky Avenue and Troy Road in Bellefontaine.

The new facility will house both Our Daily Bread and the Lutheran Thrift Store.

Executive Director Kim Collum says the new building will give them more space and will allow better access to those who need their services.  They will also be able to serve more people with Our Daily Bread.  Currently, they are limited on how many people they can serve and the new place will allow them to expand by about 50%.

Collum says this has been the dream for nearly 10 years.  It was first discussed in 2013.

The project has an estimated cost of 1.6 million dollars.  It will be funded through donations, grants, and money from Lutheran Community Services.

Board President Wes Easton says the majority of the 1.6 million has been raised and they are focusing on having the project paid in full by the end of the year.

Major contributors to the project were acknowledged at the ceremony Thursday.  They are Honda, Link Construction, United Way of Logan County, CoverLink Insurance, Mary Rutan Hospital Foundation, Richwood Bank, and the State of Ohio.

State Representative Nino Vitale was able to get $200,000 put into the state budget for this project.

The location was chosen due to where there would be the greatest need for their services and they wanted to be somewhere they could be seen.

Lutheran Community Services already owns the piece of land they are building upon.

Collum says they are targeting June of 2023 for them to be in their new building on West Sandusky Avenue.  She spoke at the event and thanked all of the employees and volunteers who continue to serve Lutheran Community Services.

The thrift store is open Monday-Friday and Saturdays (March-December).

If you are interested in donating to the new building or volunteering with Lutheran Community Services contact them at 592-9914.