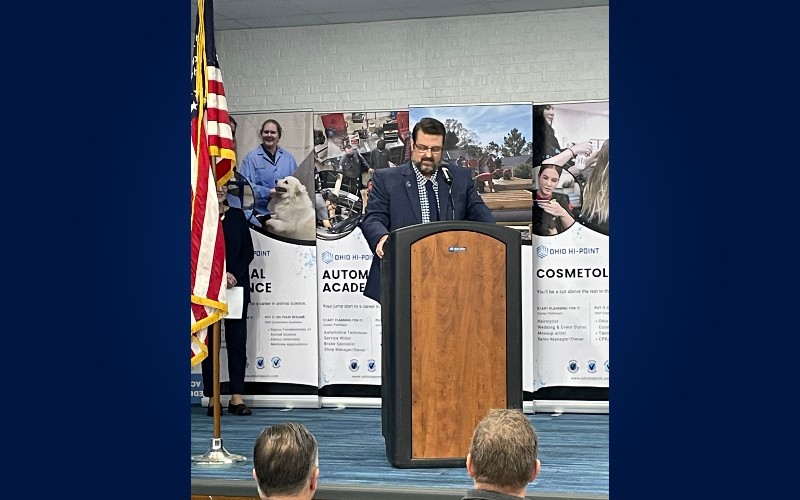 In the Fall of 2017, Dr. Rick Smith, Superintendent of Ohio Hi-Point Career Center (OHP), kicked off a fundraising campaign to give the Bellefontaine campus a much-needed facelift.

Five years later, as Smith stood at the podium at the ribbon-cutting ceremony, he declared the project 98% complete.

OHP welcomed representatives from the five counties served by the school for a ribbon cutting and open house ceremony Thursday evening.

Smith said that fundraising started in the Fall of 2017. In early 2018, a committee was formed to discuss renovation to the current building or possibly selecting a new location for the school. After deliberation and seeking input from several sources, it was decided to renovate the current building.

Smith stated that on May 8, 2018, voters approved a permanent improvement levy, the first one ever requested by the district. In the Fall of 2018, the design team began to visit other technical schools and reached out to other professionals for their input.

Bids went out in October 2020 and were accepted in December. In February 2021, the ground was broken for the renovation project.