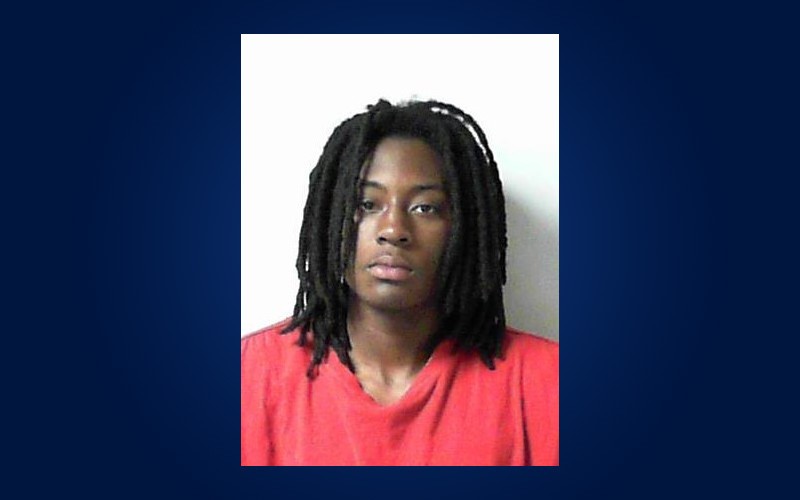 A Springfield teen was charged with a felony Tuesday afternoon just before 4 o’clock in West Liberty.

Deputies from the Logan County Sheriff’s Office observed a vehicle with only one working brake light and a traffic stop was initiated.

Authorities detected an overwhelming odor of both burnt and raw marijuana coming from the vehicle.

The driver was asked to exit the vehicle. He was asked if there was any marijuana in the vehicle and he stated no. He was then advised a probable cause search would be conducted.

The driver then admitted there were approximately two ounces inside.

As authorities were conducting the search, they observed a male sitting in the back seat.

The male, later identified as Jeffrey Carmichael, 18, of Springfield, was requested to exit the vehicle.

As he was exiting, he took off running northbound parallel to Detroit Street.

The probable cause search continued and deputies located several cannabis bags all throughout the vehicle.

Inside Carmichael’s book bag were a Visa card, a Clark County library card, and a loaded 9mm pistol.

Dispatch ran the serial number of the pistol and it was reported stolen out of Reynoldsburg.

Carmichael told authorities he ran because of the gun.

The driver was released with a warning for the one brake light.

Carmichael was arrested and charged with receiving stolen property, which is a fourth-degree felony.

Additional charges of failure to comply and obstructing official business were forwarded to the Logan County Prosecutor’s Office for their review.