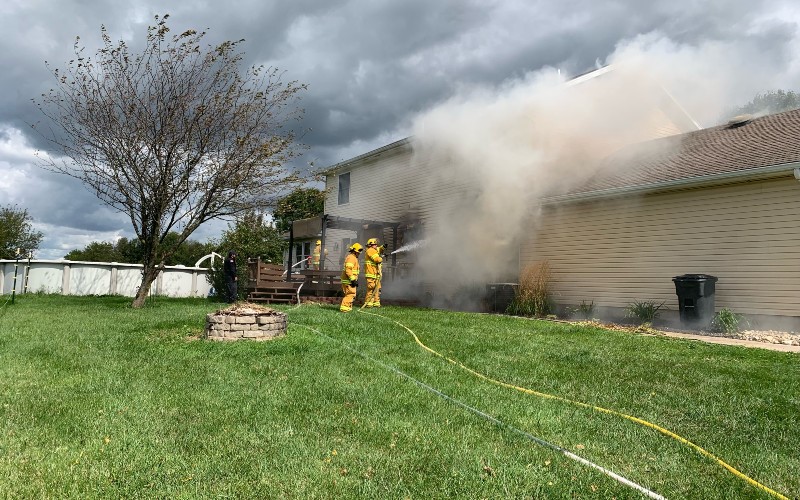 A structure fire damaged a two-story house near DeGraff Monday afternoon around 1 o’clock.

The family left the house and returned a short time later to find the house in flames.

No one was injured.

Six pets were lost in the fire.

The cause remains under investigation, but authorities believe the fire started in the kitchen area.

Fire crews were on the scene for about two and a half hours.