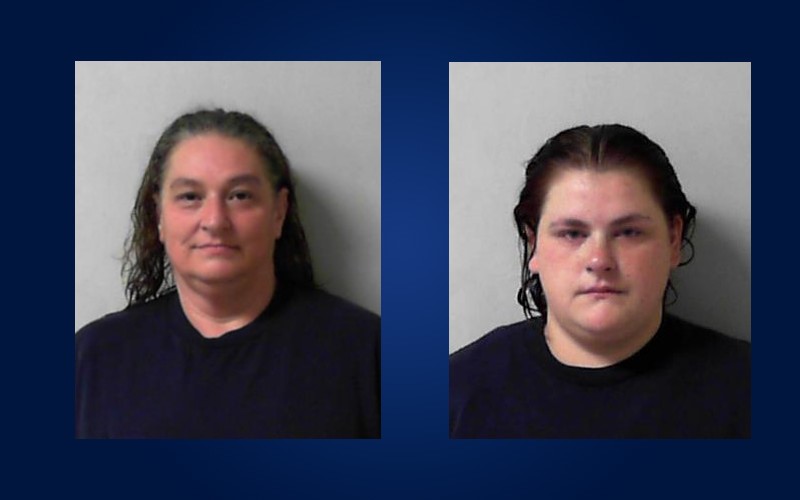 Two Bellefontaine women were arrested for trying to steal over $190 worth of items Saturday afternoon just before 5 o’clock.

Bellefontaine Police were dispatched to Walmart, located at 2281 South Main Street, regarding a shoplifting complaint.

Over the past month, the women were caught on video numerous times.

Police observed the females purposefully sliding items around the scanner, moving bar codes in order to avoid being scanned, as well as picking up items and then putting them in the cart without scanning. The incidents showed as many as two full carts being skip-scanned and avoided being scanned altogether.

The females were asked why they stole the items and they both stated it was due to “stupidity.” They showed no remorse or guilt after being caught.

Hook and Feasel admitted it was them in the surveillance footage.

Hook and Feasel were lodged in the Logan County Jail on felony theft charges.