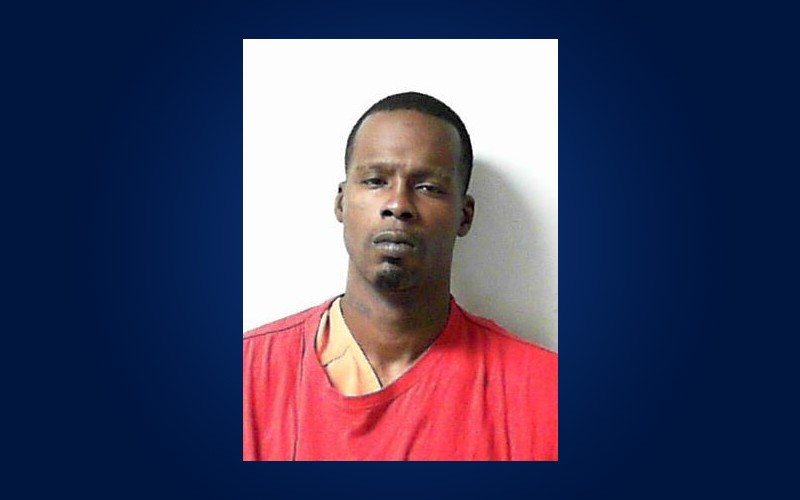 The Bellefontaine Police Department received an anonymous tip regarding Cedric Hinton, 37, who had a felony warrant for his arrest through the state of Arkansas.

Hinton was reported to be sitting in his vehicle in the parking lot.

When officers arrived, they located the suspect’s vehicle.

K9 Boodik was deployed as authorities approached the car.

Hinton was told to exit and he complied. He was quickly placed under arrest for his outstanding warrant.

Officers observed a marijuana blunt in plain view in the driver’s door side pocket.

Hinton was found to be in possession of a large amount of money inside his wallet.

As officers were trying to see what was in his hand, Hinton immediately tensed up and turned away. He then tripped over a block, and as he was falling, he threw a plastic bag of a white substance onto the ground.

A probable cause search of the vehicle was conducted and nothing else illegal was found.

Hinton was lodged in the Logan County Jail.

He was charged with felony possession of methamphetamine, felony tampering with evidence, counterfeiting (F3), and he was served his outstanding warrant.

The plastic baggie of narcotics was field tested and a positive result of methamphetamine was returned.