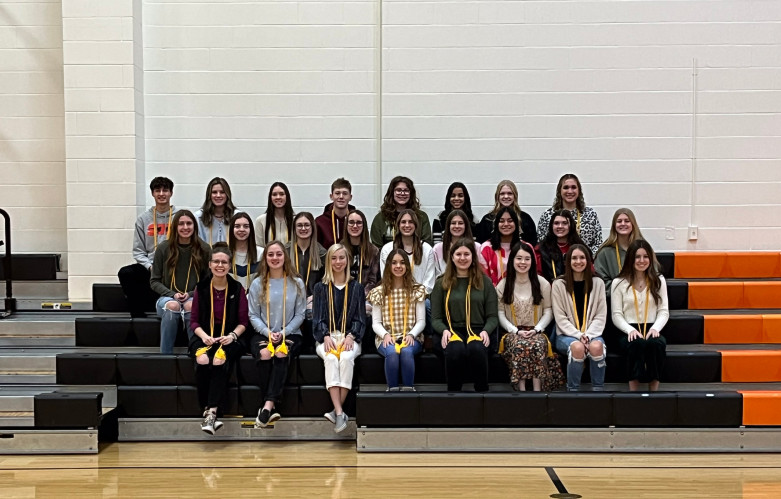 Emma Kauffman presided as the Master of Ceremony, and the theme was, “Reach for the Stars.” President Abbigayle Long offered the opening remarks with her speech that encourage members to persevere, even when something feels like it’s too demanding or so far out of reach. She shared that just 100 years ago, we couldn’t fathom reaching outer space, but now we have footprints on the moon, and for a small fortune, you can even take a trip there! Her words were meant to inspire our students to continue that forward progression, even when the task is daunting.