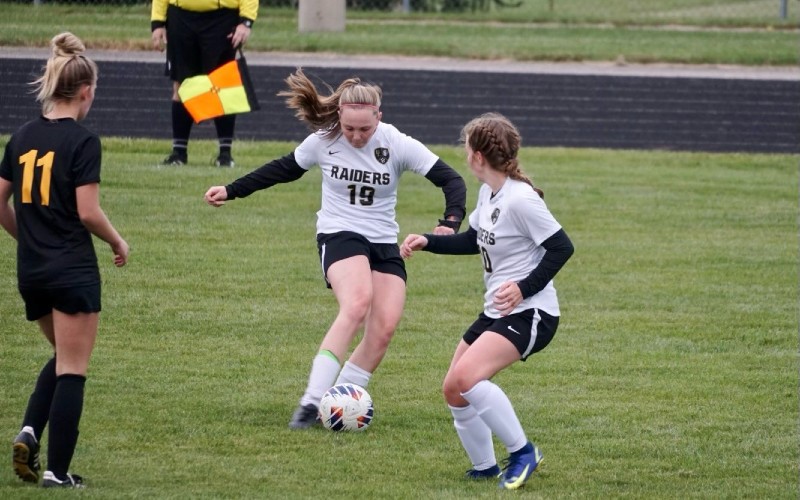 Scoring for the Lady Chiefs were Callie Shumaker and Katie Crabill.

“This was a tough game to end in a tie, as we are looking to compete for the Kenton Trail Division,” says Head Coach Aaron Shumaker.

For Indian Lake, Reece Martin and Kaitlyn Shaner each had a goal.

The Lady Chiefs will travel to Graham Monday. The game time is slated for 7:20 p.m.

Caleb Torsell scored the lone goal for the Chiefs.

Scoring for the Lakers was Chase Schaub.

The Benjamin Logan varsity girls drew a 4-4 tie with Shawnee.

Rhea Harner recorded a hat trick and Izzy Henderson collected a goal for the Lady Raiders.

Henderson and Kate Gulick both picked up assists on the night.

Allie Henault had 14 saves in goal.

The Raiders took 25 shots at the net, but nothing went in.

Jacob Roth recorded his 7th shutout of the season in goal.

Benjamin Logan will host London on Monday. The boys’ game starts at 5:30 and the girls will follow around 7:15.