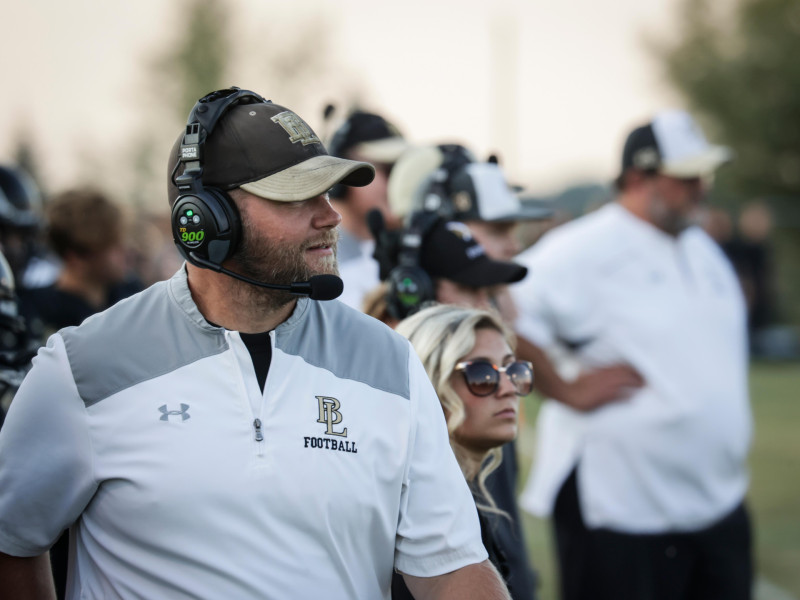 Thursday night coach Jeff Fay announced he was stepping down as the head coach of the Raiders after nine seasons.

Fay took over the program in 2014 and led the Raiders to their first trip to the state playoffs in 2016 and then again in 2020.

Fay’s 2016 team was one of the most successful in school history finishing the regular season 9-1 only losing to unbeaten Indian Lake.

The Raiders went to Port Clinton in the playoffs that season and lost a scrappy game 41-28.

He will continue to work for Benjamin Logan Schools as the high school assistant principal.  A role he was promoted to this school year.

“Benjamin Logan is a great school and community and I am proud to call it home for myself, my wife, Andrea, and our two children, who both attend Benjamin Logan Schools,” Fay said. “I want to thank all of the players and coaches for sharing this continued experience together.”

While he will no longer be the head coach, Fay will stay involved in the game and with the program on a smaller scale as an assistant coach.  “Being in administration and being a head coach simultaneously presents many challenges. I’m happy and excited to have more time to dedicate toward my current position and to participate in the football program in a different role.”

“The hiring process will be handled with care”, said Fay. “My hope for the future of all Benjamin athletic teams is for more in and out of season development opportunities, such as improved strength and conditioning and increased attention to our facilities.”

Beau Harmon, Activities Director shared, “The BL athletic department would like to thank Jeff Fay for his many years of coaching. Coach Fay is the first and only Benjamin Logan Head Coach to take the Raiders to the state playoffs. He is extremely respected by his players, alumni, and colleagues and we are happy that he will continue to be part of the administration and the coaching staff. This will be a benefit for the students, players, and the community for years to come.”