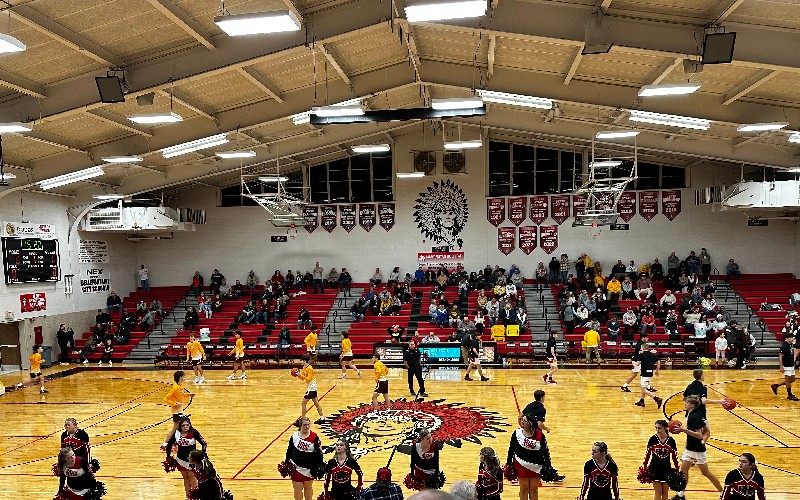 It was a wild night in high school boys’ basketball for area teams.

In a game that you could have watched for free at peakofohiotv.com, Bellefontaine fought back from 14-down to force OT and ultimately secured a 62-56 victory over Kenton Ridge.

The Chiefs were led by Tavien St. Clair with 23 points, Kaden Reames scored 12 points, and CJ Wilson poured in 10 points.

Kenton Ridge took the JV in OT 57-51 over Bellefontaine. 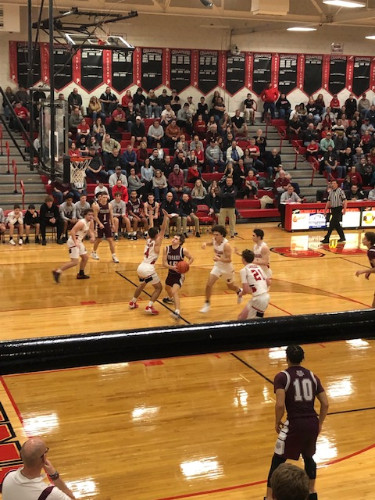 Caiden Nicol led the Lakers with 26 points, including two 3-point buzzer-beaters to force both OT and the 2nd OT.

Indian Lake went 25-34 from the charity stripe (all in the second half).

Urbana’s Will Donahoe finished with 25 points and Aiden Bradshaw had 21.

The Hillclimbers went 12 for 29 from the free-throw line in the second half.

Ben Sells led all scorers with 26 for the Falcons.

Cade Stokes and Gavin Nance each scored 9 for the Tigers.

Gavin Orsborne had 19 points and 4 assists while Ayden Clary had 12 points and 10 rebounds and Myles Platfoot scored 10 points with 7 assists.

Hayden Sanford had 15 points and Reece Jenkins had 13 points and 8 rebounds for the Pirates.