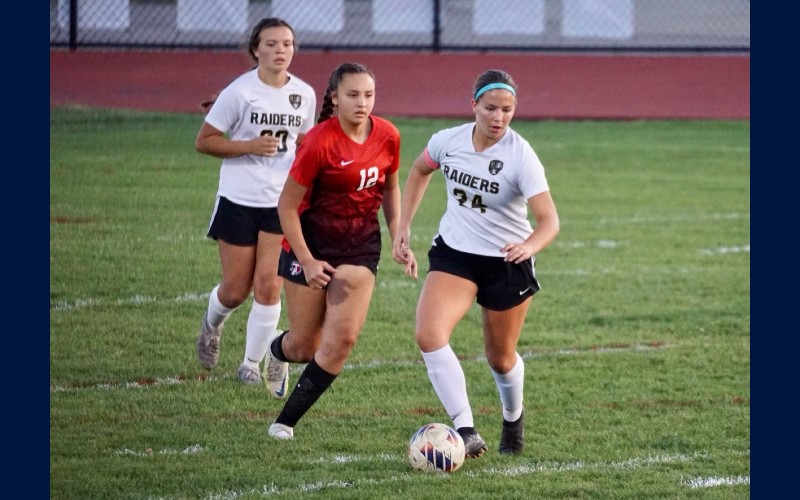 It was a great battle on the turf at AcuSport Stadium.

The game was very aggressive and the Lady Chiefs matched the physicality of the Hillclimbers to end the game in a tie.

“This was the best we have played as an entire team all season,” said Coach Shumaker. “The Lady Chiefs are still battling for the Kenton Trail side of the CBC.”

Bellefontaine played a strong rivalry match against the Hillclimbers.

Alanna Gibson and Izzy Henderson scored for the Lady Raiders.

The Lady Raiders will host undefeated WL-S Saturday at 1 p.m.

The Raiders held a 2-0 lead at the half.

Scoring for Benjamin Logan were Kendahl Stanley and Aiden Todd.

Josh Tipton and Todd each picked up an assist.

The Raiders will host Chaminade-Julienne on Saturday at 3 p.m.