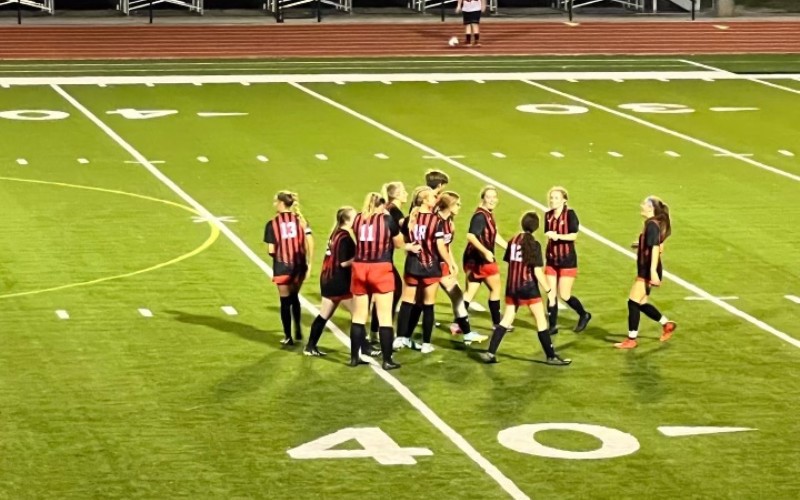 Scoring for the Lady Chiefs was Carisse Comstock, Parker Penhorwood, and Ava Watson.

“Special shout out to our seniors as it was senior night, especially Morgan Henry, who was injured early in the season and cut her high school soccer career short,” said Head Coach Aaron Shumaker. “She was able to have the first kick of the game last night and it was a special moment.”

Scoring for the Raiders was Josh Tipton with two goals and Kendahl Stanley with one.

Stanley, Aiden Todd, and Owen Jordan each had an assist.

For Urbana, Xavier Williams and Landon Key each out the ball in the back of the net.

The Raiders will host Indian Lake Wednesday at 7:30

In Youth Soccer from over the weekend, U9 North Logan tied Calvary 4-4.

Both teams were undefeated heading into the contest on Saturday.

Scoring for North Logan was Trent Pasell with two goals and Campbell Spriggs and Maggie Peterson each scored a goal.