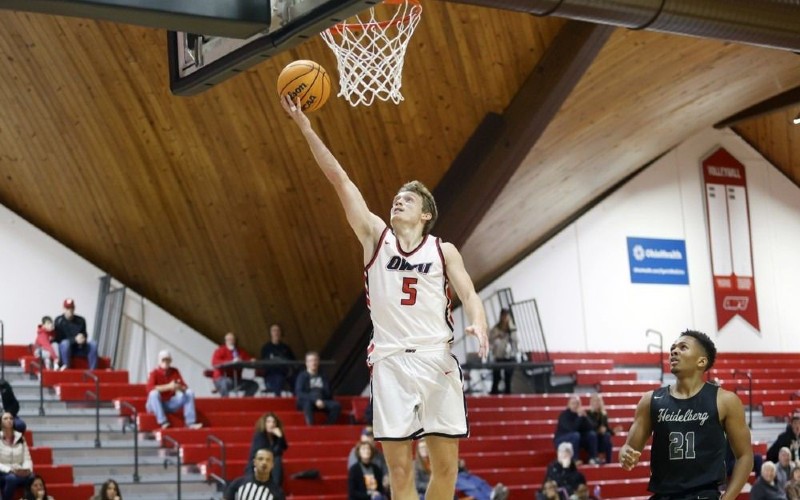 A Bellefontaine alum continues to shine in men’s college basketball.

Ohio Wesleyan senior standout Jack Clement has been named a North Coast Athletic Conference Athlete of the Week for the week of November 28th.

Clement, a sharpshooting guard, was named the Men’s Basketball Athlete of the Week.

Clement buried a pair of free throws with :01 left to lift Ohio Wesleyan to a 67-65 win at Capital on November 23rd. He finished with a career-high 36 points.

Clement graduated from BHS in 2019.

He was a 1,000-point scorer in basketball and a two-way star in football.

His parents are Jim and Kristy Clement.

You can see more at https://battlingbishops.com/sports/mens-basketball/roster/jack-clement/6962