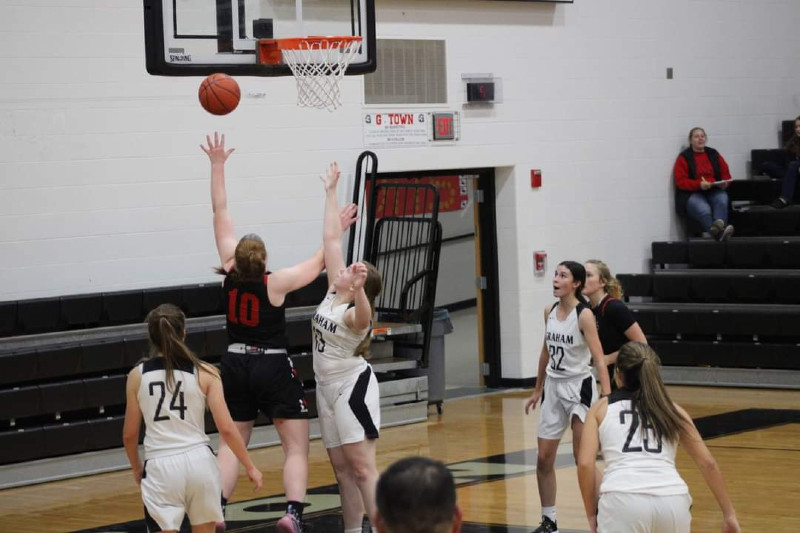 The Lady Chiefs with host North Union Wednesday. JV starts at 6 with the varsity to follow at 7:30 p.m.

Mia Stahler led the Lady Raiders with 17 points, Georgia Bates had a double-double with 12 points and 12 steals, she also pulled down 9 rebounds. Elliott Bailey tallied 12 points, and Cheyanne Peterson poured in 8 points.

The game was played in two quarters due to injury and illness.

For Benjamin Logan, Adilynne Gregg had 6 points and 6 boards, Lahana Cook chipped in with 5 points and Mya Burrey had 4 points.

The JV Raiders are 3-1 on the season.

Benjamin Logan will host Xenia Monday with the JV starting at 6 p.m.

The Lady Falcons rallied in the 4th quarter and got within 3 points, 32-29, with 4:20 remaining, but the Lady Lakers pulled away to secure the victory.

For Indian Lake, Stephanie Altstaetter poured in a game-high 23 points and grabbed 14 rebounds, and Allison Kinney added 9 points and 8 assists.

The Lady Pirates were led by Emma Saylor with 19 points and 8 rebounds. Jade Copas recorded 8 points and 13 boards.

Riverside falls to 1-4 on the year.

For the Lady Cardinals, Emma Ferguson had 8 points and Abby Overfield had 5 points and 6 rebounds.

Chaley Wade had 17 points, Bailey Poppe 11, and Megan Hollar 8 for the Tigers.

Carly Lehman had 13 points and Reese Poling 11 for the Panthers.

Fairbanks is now 3-1 on the season.

Rya Pequignot had 14 points and Alivia Kinney 5 for the Lakers.

After a slow 1st quarter the Lakers held Anna to 3 points for the rest of the game. The whole team played excellent defense. Strong rebounding by Madison Davis and Chloe Borgerding.

Addy Roby had 5 points and Courtney Altstaetter recorded 4 for the Lakers.

Kenzie Stotler had 8 points, Chloe Purtee 4 points, Clara McGill and Molly Carman each had 2 for Riverside.