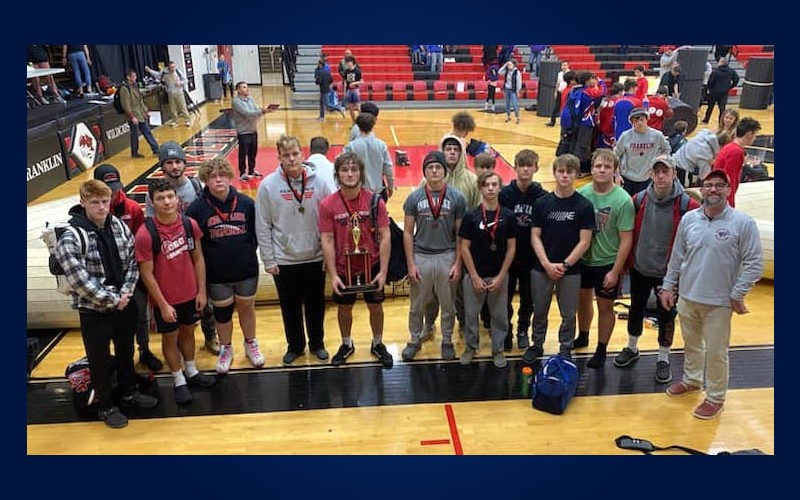 ILHS Wrestlers with their trophy

The Indian Lake varsity wrestling team came out strong in their first tournament of the season, earning runner-up at the nine-team Franklin Invitational Saturday.

A total of 15 Lakers placed in 12 weight classes.

Owen Pummel was the Champion in the 190lb bracket, while Dylan Valerio earned the top spot in the 245 division. Adrian Crumley was second in 215, Silas Holbrook was third in 113 and Christopher Timms was third in 245.