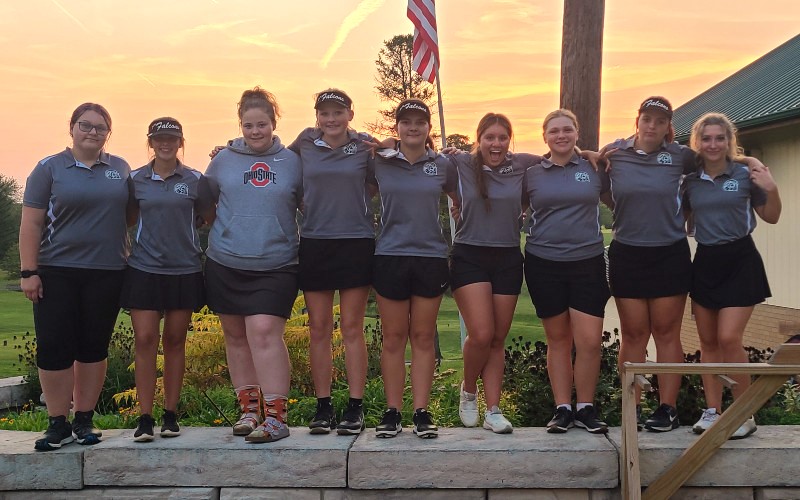 For the Lady Falcons, Zoey Merritt was medalist with a 78, Bella Odle carded a 91 with her 1st career eagle, Otea Araki scored a 101, Kailey Dowty posted a 124 followed by Madison Murphy with a 126, and Ryleigh Schafer finished with a 131.

This was the first conference title for Graham since the 2010 season.

Merritt was named the Mad River Division Player of the Year and earned 1st team All-Conference.

The Bellefontaine varsity girls finished 2nd to Jonathan Alder in the league tournament but won the Kenton Trail Division.

The Lady Chiefs shot a 392 as a team and Jonathan Alder tallied a 385.

Leading the way for Bellefontaine was Kayla Watkins with an 83, Kyndal Newkirk carded a 92, Lexi Buffkin shot a 105, Kate Myers tallied a 112, Emily Taylor had a 113, and Ally Barker finished with a 117.

Watkins was named the Kenton Trail Player of the Year.

Other Chieftains earning All-Conference honors were:

For the Lady Raiders, Kate Hahn led the team with a 122, Kensley Lacher followed close behind with a 126, Malori Barnes and G Saunders each carded a 133.

Benjamin Logan will play again next Wednesday at Stillwater Golf Course for Sectionals. 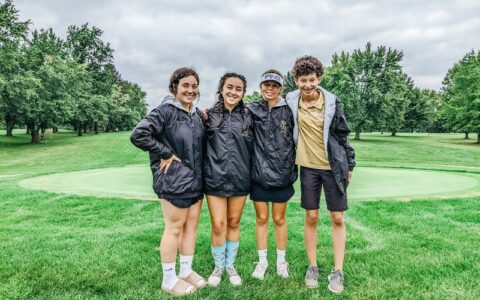 For the Lady Pirates, Reaghan McDaniel was medalist with a 42, Emma Saylor shot a season-best 55, Zoie Armbruster tallied a 62; Cassie May and Ava Klingler both had a 65.

The West Liberty-Salem varsity girls fell to Mechanicsburg 214-263 in their last conference match of the season.

Maggie Davis shot her personal best of the year.

The Lady Tigers will play in sectionals at the WGC Golf Course in Xenia on Monday.

For the Chiefs, Austin Hammond was medalist with a 36, Joseph Boop finished with a 41, Collen Brugler shot a 44, and Rory Pierce carded a 52.

Bellefontaine will play in the CBC Postseason Tournament Thursday at The Ridge and Gardens Golf Course.

For the Pirates, Jaxon Woods paced the way with a 46, Gavin Robinson shot a 53, Reece Jenkins carded a 54, Ayden Clary tallied a 56, Hayden McCully recorded a 57, and Hayden Sanford shot a 63.