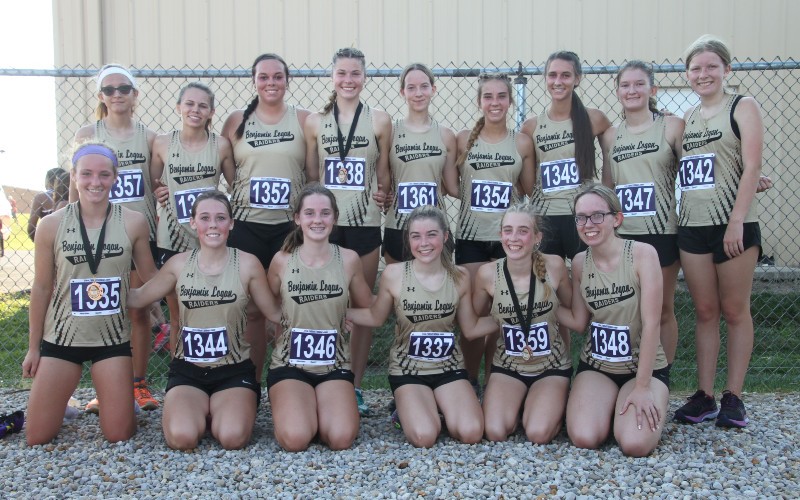 67 girls from nine schools ran in the varsity race.

The early season race covered two miles instead of the typical 5K, or 3.1-mile distance.

Also competing for Benjamin Logan were:

The Lady Raiders will compete in the Northwestern Invitational on Saturday.

You can see the complete results from the Raider Early Bird Cross Country Invitational here: finishtiming.com

The girls finished second out of eight teams.

Leading the Lady Raiders was Bonnie Brunson placing sixth in a field of 45 runners.

They were led by Gabe Elsasser placing 7th out of 37 runners.

Rounding out the scoring was Max Troth in 20th, Cole Somerlot was 28th, Asher Boysel finished 29th, and Charlie Wolfe crossed the line in 30th place.

Benjamin Logan will be back in action Saturday at Northwestern.