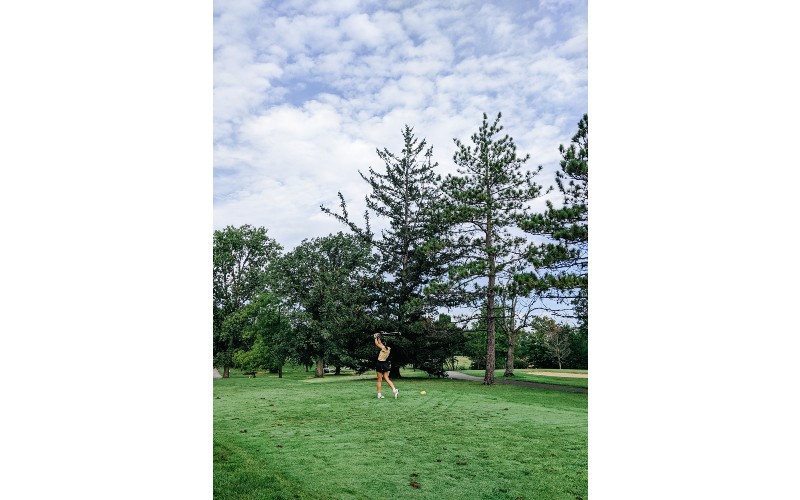 Leading the way for the Raiders was Kensley Lacher with a 102, Kate Hahn and Malori Barnes each shot a 123, and G Saunders chipped in a 155.

Benjamin Logan will compete against North Union on Thursday.

The Riverside varsity girls’ team was in a Tri-match at Cherokee Hills with Minster and WL-S.

For the Lady Pirates, Reaghan McDaniel was the medalist with a 40, Cassie May shot a 58, Emma Saylor had a 59, Zoie Armbruster recorded a 69, and Allison Estep carded a 75.

Alli Gregg led the way with a 58. Megan McMannaway shot a 61, Alyssa Conley carded a 69, Chloe Honchell had a 72, Mallory Hayes tallied a 73, and Ashtyn Millice chipped in with a 76.

Triad will play next Tuesday at Windy Knoll for the OHC girl’s golf tournament at 8 a.m.

Pirates and Tigers split in bowling