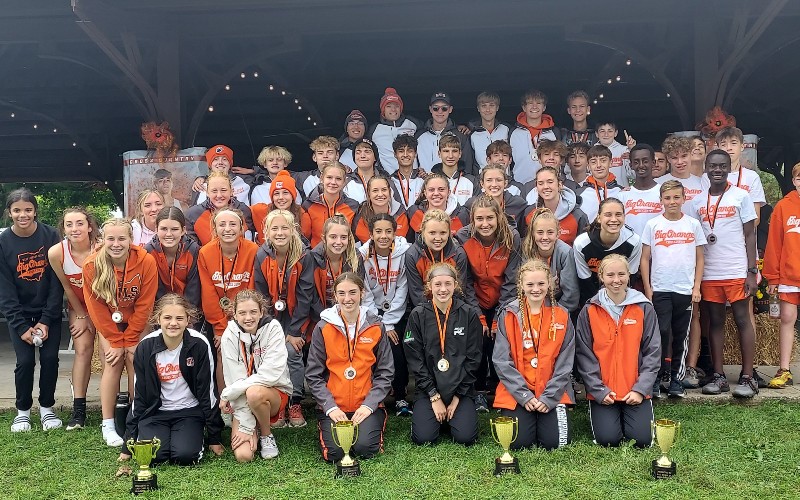 “Our freshmen showed a lot of progress today with several of them running personal bests on a challenging course,” said WLS head coach, Ann Vogel. “It’s a great sign of things to come as they build their confidence racing at the high school level. We’ve been dealing with some illness this week and our goal was to be smart early on and focus on making some competitive moves in the second half of the race. I was proud of the way we battled and executed the race plan.”

WL-S will compete in the Saturday Night Lights Invitational at Centerville High School on October 1st.

The West Liberty-Salem varsity boys, who were #3 in this week’s D3 OATCCC State Poll, also won the Ohio Caverns Invite.

Placing for the Tigers were:

“Extremely proud of our overall team effort and fight today. Picking up a convincing win over Columbus Grove the #6 team in the state was definitely a big confidence boost,” said head coach Mike Louden. “I’m ecstatic about our depth and can’t wait to see how that pays off for us come the postseason. Asher Knox picked up his first career Invitational win and moved to 11th on the schools All-Time 5K list with his 16:34. Would also like to acknowledge our four seniors (Chandler McCafferty, Owen Harrison, Michael Jones, and Micah Smith) all of which competed for the last time at the Ohio Caverns.”

WL-S will compete Saturday, October 1st at the Centerville Night Race. The Tigers will run at 9:45 p.m. 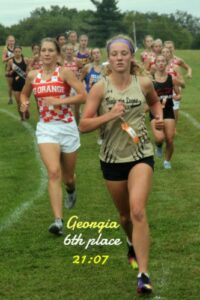 The Benjamin Logan varsity boys finished 6th out of 12 teams at the Ohio Caverns.

Rounding out the top 5 for Benjamin Logan was Ethan VanWinkle with a time of 20:16 for 59th place.

Benjamin Logan will run again on Tuesday at the Triad Invitational.

The Lady Tigers finished 2nd out of 7 full teams.

The Tiger boys won the race.

The Raiders are back in action Tuesday at the Triad Invitational.

The Lady Chiefs finished 9th as a team and were led by Grace Brown won the race with a school record time of 11:25. Her time is the fastest time so far this season in the state of Ohio.

Jake Moreland was 2nd overall, becoming the first boy in Bellefontaine history to break the 11:00 mark for two miles with a time of 10:48.

Other finishers for the Chiefs were Oliver Grandstaff in 17th, Brenden Murray 37th, Will Myers 51st, and Landon Rister 67th.

The Bellefontaine MS boys and girls will run at North Union Saturday.