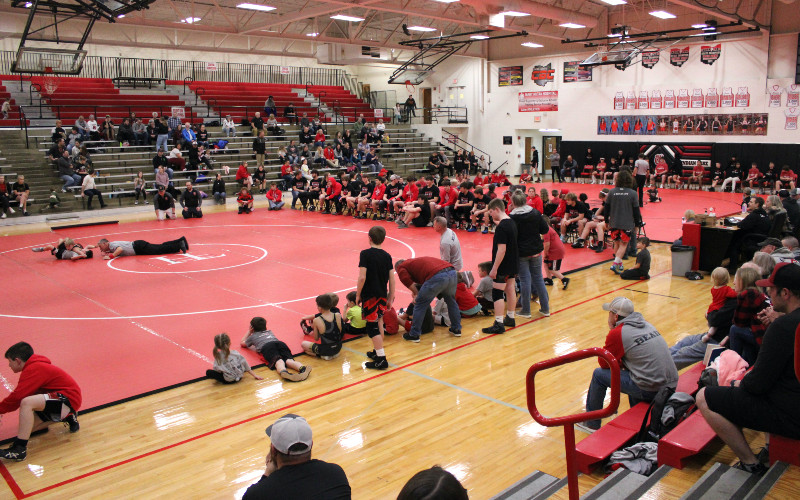 The Indian Lake wrestling program hosted Bellefontaine in the “Battle of the Lake” Wednesday evening.

Indian Lake also celebrated its lone senior Reece Martin. She was able to walk across the mat at home in front of a full gymnasium with her family.

The youth clubs kicked off the action with an exciting round of wrestling.

In the varsity contest, Indian Lake won decisively by a final score of 66-18.

“Indian Lake has a nice team,” said BHS head coach Aaron LaBatt. “They qualified to the state duels, so we knew tonight would be tough. Unfortunately, it ended up being a little worse than we had hoped. I thought the program duel was great. We had an awesome atmosphere and I think the youth kids for both teams had a great time.”

Indian Lake’s Middle School will hit the mat again Saturday at the Bunsold Invitational in Marysville while the Laker varsity girls travel to the Ridgedale Girls tournament.