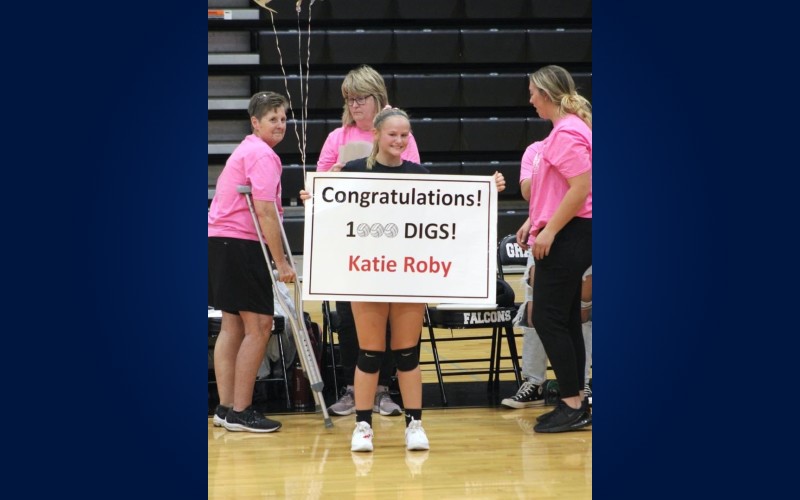 The Indian Lake varsity volleyball team recently played in The Pink Out Game held at Graham.

The Lakers and the Falcons teamed up for a silent auction to raise nearly $900 in one night for Lori Horn, who is on the road to recovery from stage 3 triple-negative breast cancer. Horn was at the game, along with her daughters and niece.

During the varsity match, Katie Roby recorded her 1,000th career dig. This accomplishment took only two seasons for Roby.

Indian Lake will open up tournament volleyball action on Wednesday, October 19, as they await the winner of Graham and Bellefontaine who plays this evening. Wednesday’s game will be played at Tecumseh at 7:30 p.m.