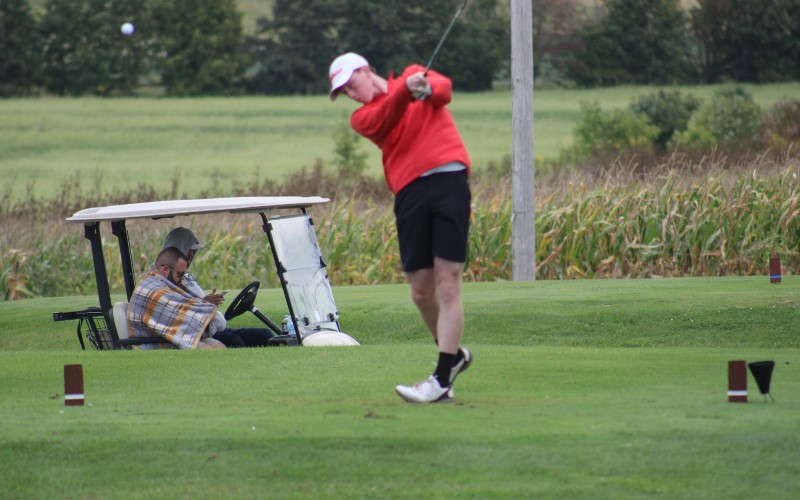 The Central Buckeye Conference held their boys’ 18-hole tournament at The Ridge and Gardens Golf Course in Marysville.

Indian Lake’s varsity team finished 4th in the Mad River Division with a 364.

Tuttle was named to the CBC First Team, Maddux Hall earned Second Team All-League honors and Joe Cummins was given the Sportsmanship Award.

Tate Armstrong from Urbana was named Player of the Year.

In the Kenton Trail Division, Bellefontaine finished 5th with a 351.

For the Chiefs, Austin Hammond shot a 77, which was good for a 4th place finish. Collen Brugler shot an 86, Joseph Boop had a 93, and Rory Pierce carded a 95.

Hammond finished the season 2nd in points in the Kenton Trail, he was also named First Team All-CBC.

You can see more from the CBC boys’ post-season golf tournament here.

In the Three Rivers Conference, Riverside finished 7th with a team score of 390.

You can see more from the TRC boys’ post-season golf tournament here.