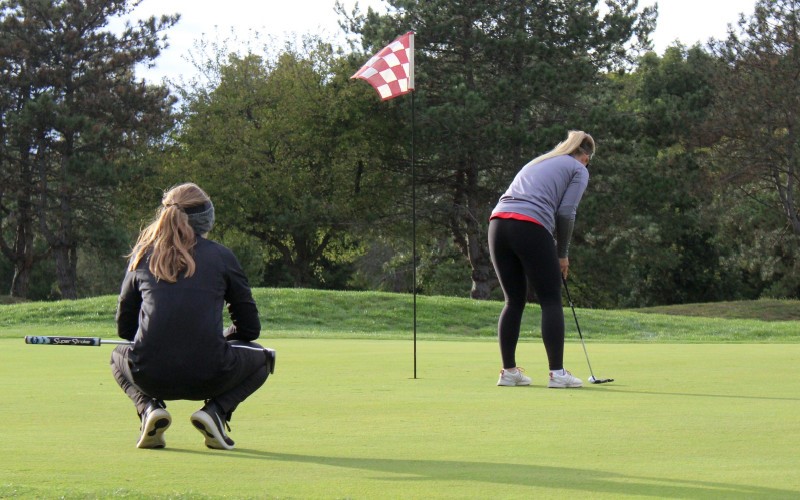 By Tyler Avila and Jamie Ross

The Graham varsity girls placed 3rd and advances to the DII District Tournament at Heatherwoode Golf Club in Springboro on Wednesday, October 5th.

The Lady Falcons were led by Zoey Merritt who shot an 87, Otea Araki carded a 103, Bella Odle tallied a 105, Madison Murphy recorded a 112 and Kailey Dowty posted a 128.

Senior Regan Ross won a 3-hole sudden-death playoff with a 28-foot birdie putt to punch her ticket to the District Tournament for the third year in a row.

Marissa Shields and Emma Meyer did not advance but played solid rounds to wrap up the season.

Ross and Coach Dean Elliott will travel to Heatherwoode for the District Tournament on Wednesday.

The Indian Lake boys team competed in their Sectional Tournament at Reid Park on Tuesday.

Joe Cummins led the Lakers with a 94 and Maddux Hall shot a 98.

The Lady Pirates collectively shot a 446 and finished 8th out of 17 teams.

Leading the way for Riverside was Reaghan McDaniel, who shot an 86 and tied for medalist honors for the tournament.

McDaniel lost on the 2nd playoff hole to qualify in the 2nd spot for the district tournament. She will play in the District Tournament at Heatherwoode on Wednesday.