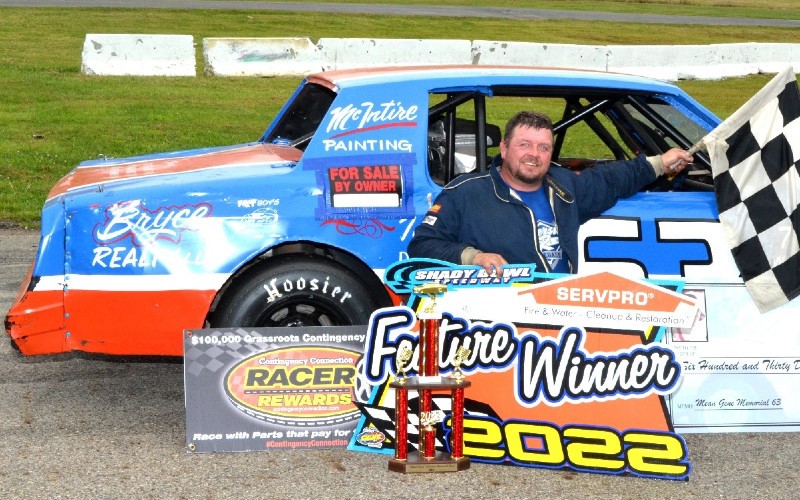 However, the rain postponed “Mean Gene” Johnson Memorial was able to start and finish. The 63-lap feature for the Bullet Liners of Dayton Thunder Cars was held to honor the memory of Gene Johnson.

Johnson was a force to be reckoned with during his driving days. He collected the majority of his feature wins at Eldora and Shady Bowl.

It is ironic that Buck Purtee, of Quincy, won the feature in car number 63 as Purtee and Johnson became very close friends before Johnson passed away last year.

It will be the final night of the points chase for the late models, with the other classes final points race taking place on Saturday, September 17.

Here is a list of the current standing in the points race: