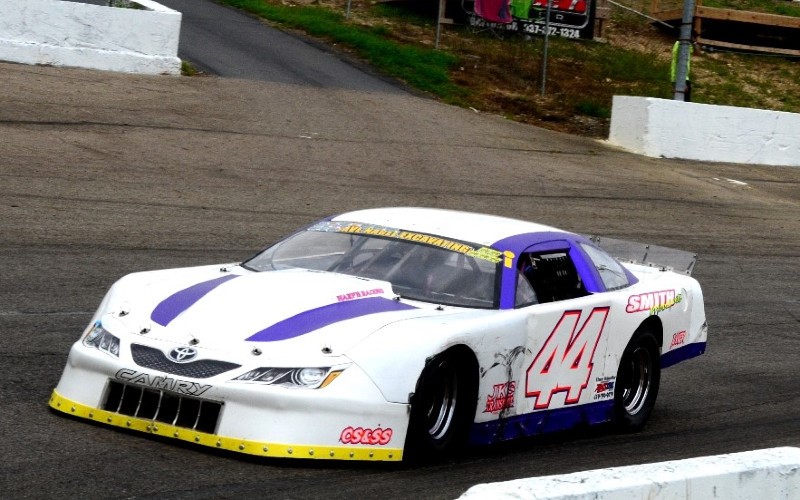 Shady Bowl Speedway was poised for a big night of racing Saturday but Mother Nature had other plans.

The Dave Nagel Excavating LLC Late Model feature got underway as a light drizzle started. The early leader was dash winner Don Mahaffey Jr. Mahaffey led the first eleven laps before spinning on the front chute bringing out the yellow flag and forcing him to the rear of the field.

Don Fleming took over the lead on the restart as the rain picked up. Fleming held the point until lap nineteen when Quincy’s Josh Smith got by.

Smith had two challengers for his top spot, Fleming and the rain. Fleming never gave up and hounded Smith and the rain never let up. The duo put on a great show running side-by-side and bumper-to-bumper on the slick surface.

On the final counter, Fleming could only watch as Smith took the checkered flag in his Smith Motorsports ride.

All other features were rained out.

In preliminary racing before the rain hit the Wooten Automotive and Towing of Urbana Street Stocks qualified with Jason Mahaffey setting the fast time with a 14.639 lap. Chris Parker won the dash with Richard Roush taking the heat race.

The makeup schedule will start this Saturday, August 20th, when the Street Stocks and Compact features will be held. Grandstands will open at 2 p.m., with the first feature at 2:30 p.m. Fans can use armbands from last Saturday for these features.

When the second feature is over, all pit people and fans will go to the ticket booth and buy tickets for Saturday night’s program. The 63-lap Mean Gene Johnson Thunder car feature will be running either August 27 or September 4. There will be no makeup date for the Kenyon Midgets.