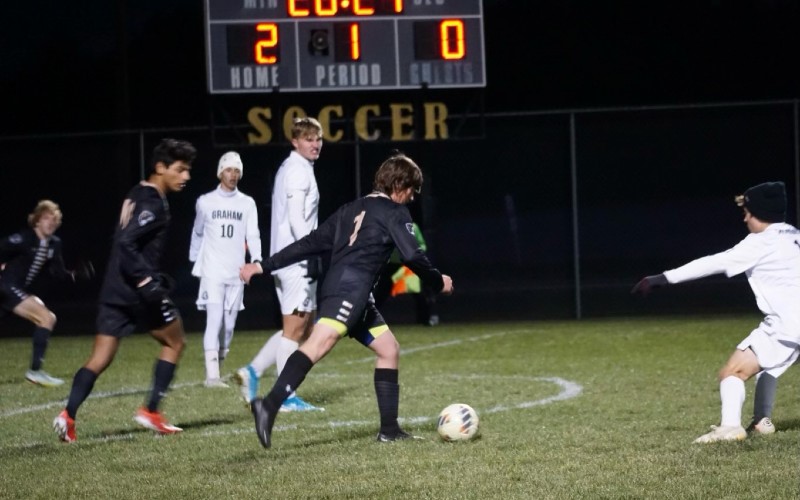 Josh Tipton recorded a first-half hat trick for the Raiders.

Graham Studebaker recorded 2 assists, while Aiden Todd picked up one.

The Raiders will play Carroll in the district semi-finals at Kettering Fairmont at 7 p.m. on Monday, October 24.

“Great start to the game as we came out and got two goals in nine minutes and a third less than 20 min in,” said Head Coach Jamie Hughes. “From there it was to manage their (Graham’s) opportunities and see if we can add to the total. I told the guys in training the other day I thought they were playing as well as we had all season and that first half was fantastic. Now we get the opportunity to go play Carroll, who is one of the best programs in the state. We have tried to get our kids to play that level of competition just for these opportunities so we will go down there with the expectation that we are going to win. We are a darn good team and right now we believe we can play with anyone.”