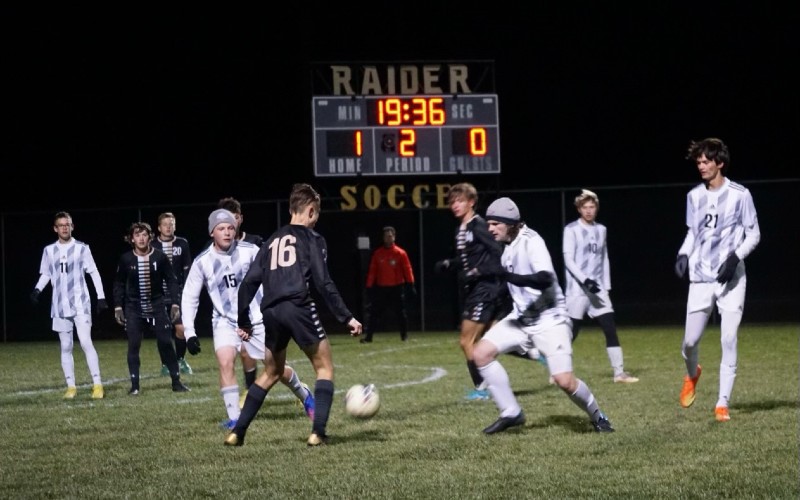 The Benjamin Logan varsity boys team has seen a lot of success over the past three days.

Michael Rostorfer was selected as the Mad River Division Player of the Year on Sunday.

Monday night, Benjamin Logan defeated Kenton Ridge 1-0 in the first round of the DII Sectional Tournament.

Josh Tipton scored the lone goal for the Raiders.

Defensively, Jacob Roth earned his 9th shutout on the season.

Benjamin Logan will play Graham at home on Thursday at 7 p.m.

“With those conditions and the way the wind was howling at times, we wanted the wind in our backs the first half and we were able to get a goal,” said Head Coach Jamie Hughes. “The second half was all about trying to limit their chances and maybe squeeze out a second. We didn’t get the goal we wanted, but we played great team defense to limit their opportunities and in the tournament, it’s all about winning and moving on. I think we are playing as well as we have all season at the right time and Graham will certainly be a tough opponent on Thursday. I hope we can pack the home stands as we play for a sectional title.”

Owen Powell had two goals for the Falcons.

The Bellefontaine varsity team lost to Bethel 10-3 in the opening round of the DII Sectional Tournament.

Dakota Shell, Caleb Torsell, and Graham Lotts each scored goals for the Chiefs.