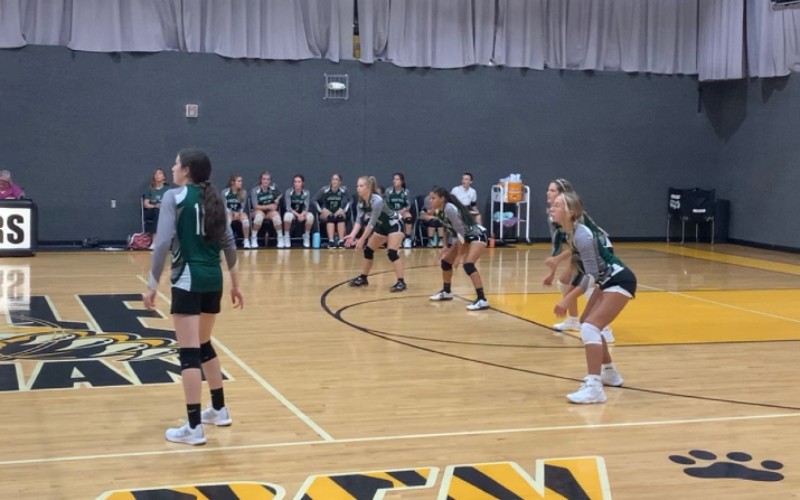 Madelyn Trittschuch had 3 blocks and 5 kills and recorded her 100th attack of the season.

Abby Jenkins got her 200th kill and her 10th dig of the season.

Calvary Christian has one more OVCC tournament game to make it to the championship.

Fairbanks varsity team defeated Northridge to advance to the district semi-final in straight sets: 25-5, 25-8, and 25-14.

The West Liberty-Salem varsity team advanced to the Sectional Final after defeating Arcanum in straight sets: 25-14, 25-11, and 25-20.

The Lady Tigers will play #2 seed Miami East Tuesday at 6 back in Brookville.