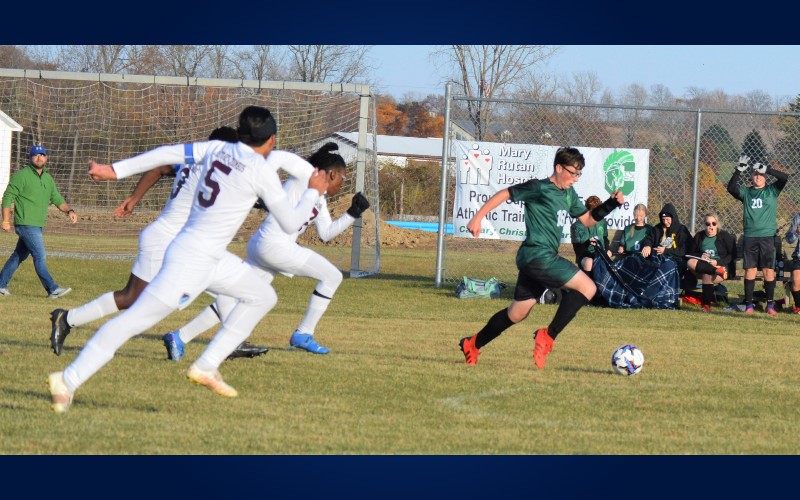 The Calvary Christian varsity team defeated Cristo Rey of Columbus 4-0 in the quarterfinals of the OCSAA State Tournament.

Nehemiah Dillon recorded two goals, while Evan Patton scored off of a penalty kick and Gabe Salmonowicz put the ball in the back of the net.

Calvary’s defensive line, along with Preston Carnes in the goal, was able to shut down the attack from Cristo Rey to keep a clean sheet for this game.

The Spartans prepare to head to Ohio Christian University next weekend to compete in the OCSAA State tournament.

Calvary will play Community Christian (from the Cleveland area) on Friday, November 4 at 1 p.m. in the state semi-finals.

The Spartans continue their quest to win back-to-back state titles.