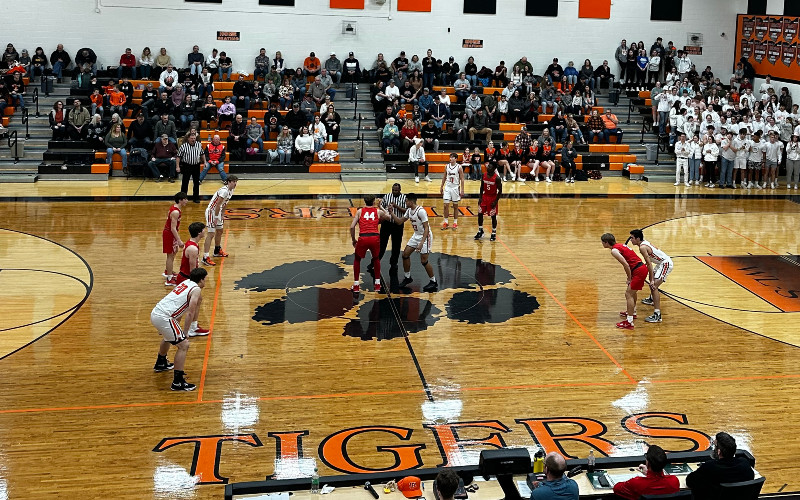 Taran Logwood finished with 14 for the Tigers.

Caleb Hershberger tossed in 9 points, JJ Johnson and Owen Deere each had 5.

Garrett Wallen led with 13 points and Cade Stokes chipped in 5.

Gavin Neeley tossed in 14 in the effort.

Camdon Tuttle had 9 points for the Lakers.

Tyson Ramirez and Madden Lillard each had 13.

The Pirates edged past Troy Christian in the JV game 41-38.

Damien Smith led with 15 points and 5 rebounds, Dylan Burchett tossed in 12 and grabbed 7 boards, and Houston Anderson scored 7 and dished out 5 assists.

Belle Sarver paced the Lady Tigers with 10 points, Maddie Adkins and Lucy Cole each had 6, and Emma Liggett scored 2 points.