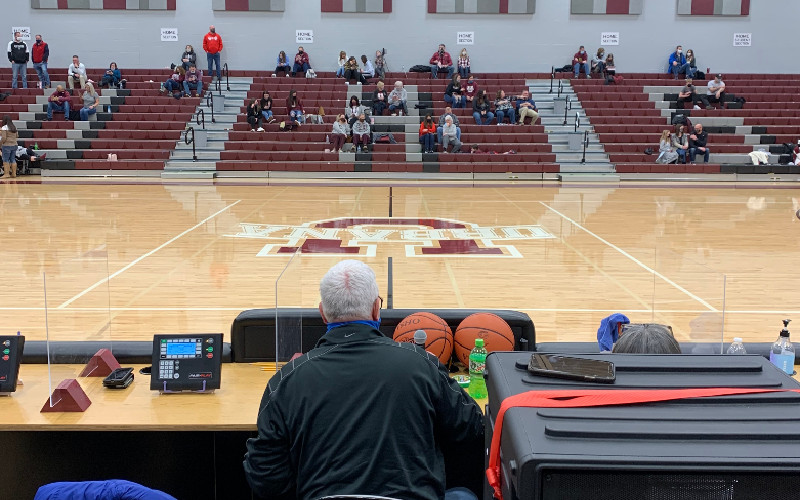 In a game broadcast on 106.9 The Bull, the Urbana varsity boys used a strong second half to defeat Bellefontaine 61-41.

The Chiefs would play to the pace of the Hillclimbers and take a 2-point, 27-25, halftime lead.

Urbana’s Head Coach Jeremy Dixon said there were no halftime adjustments made, he told his boys in the locker room they were not playing Urbana basketball.

In the second half, that is exactly what they did as Urbana started the 3rd quarter on a 10-1 run.

The Hillclimbers would turn up the pressure and outscore the Chiefs in the second half 36-14.

The Hillclimbers have now won 5-straight over the Chiefs.

Urbana improves to 9-4 with the Battle of Champaign County on the horizon this Friday at Graham.

Bellefontaine falls to 6-6 and will travel to London Friday.

In the JV contest, Urbana ran past Bellefontaine 57-26.

Benjamin Logan is now 0-10 on the season.

Indian Lake’s varsity boys fell on the road at Kenton Ridge in overtime 63-60.

Indian Lake falls to 5-6 on the season.

Kaylee Fulkerson led the Pirates with 15 points and 8 rebounds, Aubree Huston poured in 14 points and had 6 steals.

Benjamin Logan will be back in action at home Thursday at 5:30.

Benjamin Logan will be back in action Thursday at Northwestern.