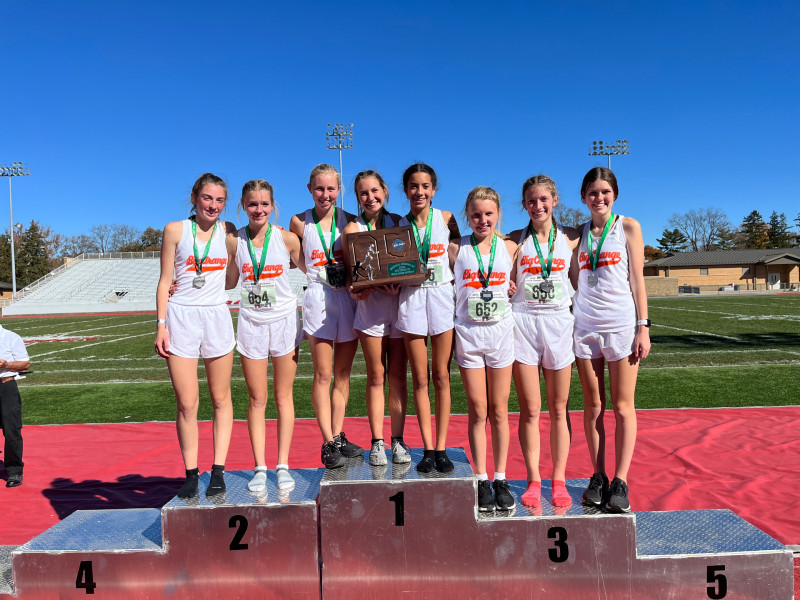 “The girls left it all out on the course today against two top 10 state-ranked teams,” said WLS head coach, Ann Vogel. “I’m so proud of the fight and determination they showed throughout the race.  Qualifying for the state meet is always tough, and today’s race is a testament to their work ethic, love for their team, and commitment to the tradition of the Big Orange program.”

WLS will compete at the OHSAA State Championships Saturday at The Fortress in Obetz starting at 11:45 a.m.

“I’m very proud of the way this team responded after all of the sicknesses that has run its course through the program this week. Qualifying to state for the 5th consecutive year is a testament of this team’s fight and character. In fact, today we ran without Asher Knox the team’s #2 runner who didn’t compete because of illness. Just happy for the whole team stepping up in his absence and running an outstanding team race. We’re hopeful he’ll be back next week to help us at the state meet. Senior Owen Harrison ran an almost flawless race moving up methodically from 35th at mile 1 to finish in 3rd to lead the team. Freshmen Garrett Wallen rose to the occasion and delivered a top-15 finish, which is incredible for a freshmen. Junior Joey LaRoche and Freshmen Dylan King both had remarkable races and set career personal bests. Troy Bradley also ran a solid race rounding out the scoring for the Big Orange. Quentin Rudolph and Brevin Louden ran great races despite coming off of illnesses.”

Indian Lake’s freshman runner Reagan Rash secured a spot at the State championship meet. Rash crossed the finish line 9th in a time of 19:51 to advance.

The girls team finished 7th at the Region 8 Troy Regional. The 5k race took place on the Troy levee by Hobart arena. 99 competitors over the span of 13 teams raced in the meet.

“Reagan had a great race and we are super excited for her to be running at the State meet next week,” said coach Justin Metzger. “There was a lot of good competition here and I am proud of the way the girls competed during the race. Qualifying to regionals is always a goal and we were able to come here and get 7th. This was a huge step in the right direction for our program.”

Rash is the first IL runner to qualify to State since Rachel Watt in 2008.

The Bellefontaine boys finished 8th as a team at the Regional.

Junior Tony Stewart qualified for state by finishing 7th with a time of 16:45.

The Benjamin Logan girls ran at the Regional at Troy in DII.